As for Kaku-San-Sei Million Arthur, it’s far less successful than Pokémon Shuffle and Denpa Ningen no RPG Free!, but still profitable enough for Square-Enix it seems. Last week, they announced that the game had been downloaded over 500 000 times. The company even launched a special campaign, where users can win a rubber strap (500 people) and even a body pillow (10 people). More details on this page (Japan-only). 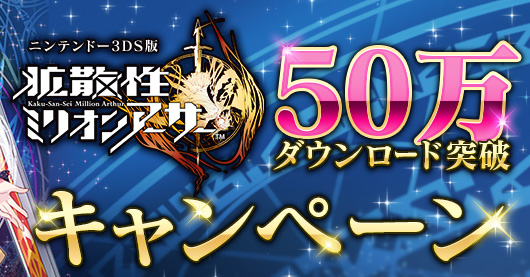