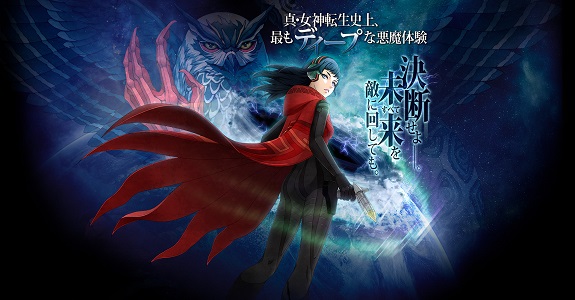 Last month, Atlus announced two Nintendo 3DS titles, and properly revealed a third one originally announced back in January. But among those 3 titles, only one is entirely original (aka: not a remake/enhanced port): Etrian Mystery Dungeon 2. Just like the original, it’s a game mixing elements of the Etrian Odyssey series and the Mystery Dungeon series.

Yesterday, Atlus shared some screenshots and artworks to introduce some of the new elements of the game, such as Nadica (a bright young girl who wants to head to the foot of the World Tree), the town of Obelfe (with the usual tavern and adventurers’ guild), some new classes (Farmer, Samurai, Monk, Pirate, and Alchemist), and more.

Here’s all the pictures:

And in case you missed it, here’s some gameplay footage from last month’s livestream:

In the press release, Atlus mentions Amon: a Marquis of Hell, and the the 7th of the 72 Goetic demons, who governs forty infernal legions. Just like Alex, he suddenly appears in front of the protagonist, for some unknown reason. What’s the relation between him and Alex? Are they even related at all? You will have to play the game to find out!

Here’s some of the demons appearing in the game:

There’s over 350 demons in the game, including brand new ones designed by Masayuki Doi. Gameplay-wise, this version of the game also features new Skills, and new Demon breeding possibilities.

Here’s plenty of screenshots and artworks: