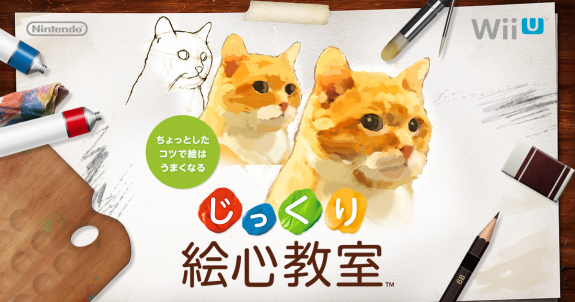 Art Academy Atelier (known as Art Academy: Home Studio in North America) came out in June in the west, but it’s still not available in Japan. But budding artists only have a little over a month to wait before being able to practice with the software in Japanese: Nintendo announced this morning that it would be launched on November 12th in Japan.

Along with this announcement, Nintendo uploaded the overview video for the software:

The website was also opened, but it’s still quite empty at the moment: click here to check it out!

Art Academy Atelier (Wii U) will come out on November 12th in Japan.