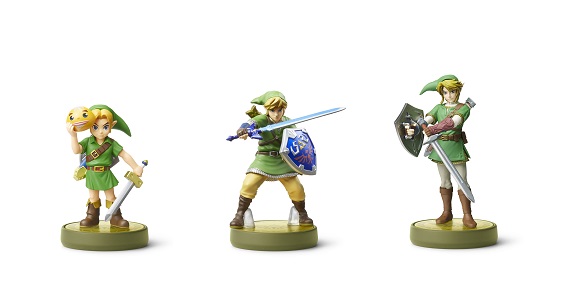 A long, long time ago (ok, maybe not that long ago), Nintendo announced that Corrin, Bayonetta, and Cloud would get their very own amiibo. After all, Masahiro Sakurai had previously confirmed that absolutely all fighters in Super Smash Bros. for Wii U and Nintendo 3DS (included those added via DLC) would get their own amiibo.

But following the announcement, months went by without any sort of news regarding those new amiibo… until yesterday, and the latest Nintendo Direct presentation, that is. Not only was the release date for the figures finally announced (it’s July 21st worldwide), we also found out that more amiibo than expected would be released.

Indeed, besides the “regular” version of Corrin, Bayonetta, and Cloud, Nintendo is going to release an alternate version of each figure! That way, fans who prefer Female Corrin will be able to get her amiibo, while those who prefer Bayonetta’s Bayonetta 2 design will not have to buy the Bayonetta 1 version amiibo.

Here’s some pictures of those amiibo and their packaging:

Since those are from the Super Smash Bros. series, they will be compatible with Super Smash Bros. for Wii U and Nintendo 3DS. Naturally, you will most definitely need to download a Software update before being able to use them in those games.

But that’s not all: Nintendo also announced some more figures from The Legend of Zelda series, and more precisely:

Those will be released on June 22nd in Japan, and June 23rd in Europe and North America. Can we expect the first DLC pack for The Legend of Zelda: Breath of the Wild to be released on the same day? One thing’s for sure: you will be able to use those amiibo in-game, though it’s not clear what they will do just yet.

Here’s some pictures of those new figures: