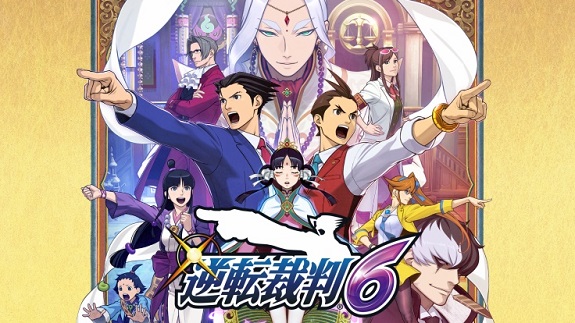 Ace Attorney 6 comes out in less than a month in Japan, and fans can finally download the demo version from the Nintendo eShop (provided they have a Japanese Nintendo 3DS). Thanks to it, they will be able to try out the game, including the brand new Medium Vision system (one of the main new features of the game). The demo version also includes the animated short, which serves as a prologue to the game.

If you don’t have a Japanese Nintendo 3DS, you can:

But that’s not all: fans can now preload the digital version of Ace Attorney 6 from the Nintendo eShop. In doing so, they will be able to start playing at 12AM JST on June 9th, after downloading a small update. But in order to do so, they will need at least 6 624 blocks / 828MB of free space on their SD Card.

The digital version of Ace Attorney 6 will cost 5 990 Yen, as opposed to 6 264 Yen for the retail version. Naturally, it will come with the same early purchase bonuses, such as the costume pack, but you will have to buy the game before June 16th in order to get them. The extra content will then be available for purchase as DLC from June 30th.

Here’s some screenshots and the key artwork for Ace Attorney 6, from the web eShop page (which confirms the game will have 2 save slots):

Ace Attorney 6 (3DS) comes out on June 9th in Japan. A European and North American release has already been confirmed.