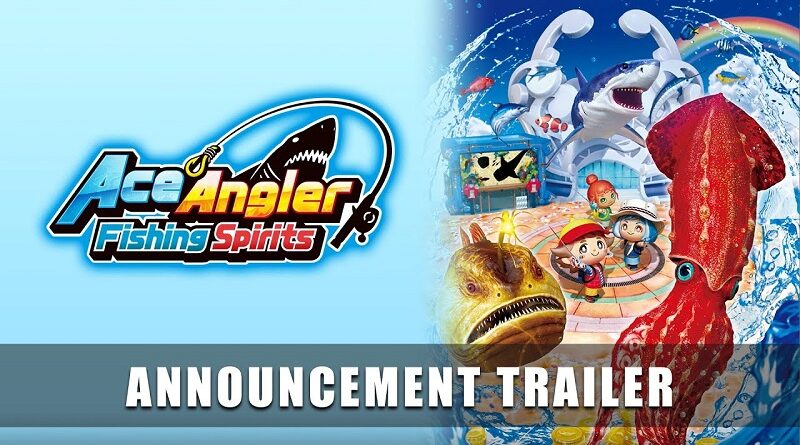 First announced during the Japanese version of the latest Nintendo Direct, in February, ACE ANGLER: FISHING SPIRITS is the second Ace Angler to be released on Nintendo Switch. But unlike the first one, ACE ANGLER: Nintendo Switch Version, this one will get an official English release not just in Asia, but also in Europe and North America. It will launch on October 28th in those two regions, but exclusively via the Nintendo eShop.

The game features various game modes, such as:

The game can be played in Single Player, couch co-op, and online multiplayer. It features over 250 different types of fish.

The game challenges players to follow quests to clean the world’s oceans for a sustainable future in Story Mode, play aquatic-themed medal pusher games, enjoy multiplayer games like Gator Panic and Goldfish Scooping in Party Mode, and even wage online battles for the first time in the series.

ACE ANGLER: FISHING SPIRITS introduces players to Marine Medal Mania, an aquarium-themed amusement park where they can explore and experience exciting games among five distinct attractions. In the game, anglers compete to catch fish and earn medals they can use to spin for prizes. Players can also collect from more than 250 different types of fish to store in their personal aquarium. ACE ANGLER: FISHING SPIRITS features single-player, couch co-op, and online multiplayer in a variety of different game modes, from Arcade and Story to the unique and thrilling Shark Fever Medal Pusher Mode.

ACE ANGLER: FISHING SPIRITS (Switch) comes out on October 28th in Europe and North America. No release date for Japan yet, but the game is slated for a 2022 release in that country.