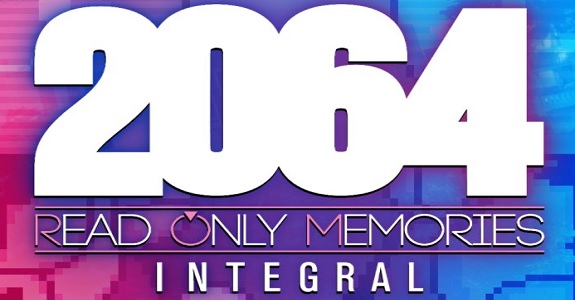 For those of you who never heard of this game before, 2064: Read Only Memories is a “cyberpunk adventure that will take you on a journey of puzzle-solving and exploring as you investigate the mysterious world and characters of Neo-San Francisco”.

It takes place in Neo-San Francisco, in 2064, and you get to play as a struggling journalist. One day, you’re interrupted by a ROM (Relationship and Organisational Manager) named Turing, the world’s first sapient machine. You then get to encounter a colourful cast of characters, and overcome various challenges. Your main goal: uncover the city’s secrets, hidden behind the overlapping futures of technology and humanity.

2064: Read Only Memories is inspired by classics such as Gabriel Knight: Sins of the Father and Snatcher. It offers a retrofuturistic take on the point-and-click adventure genre, and features a “rich mature narrative” with unique gameplay challenges.

And 2064: Read Only Memories Integral on Nintendo Switch will feature the following:

And here’s some screenshots + a trailer:

2064: Read Only Memories Integral (Switch – eShop) will be released in Early 2018 in Europe and North America. The Upcoming Releases page has been updated!