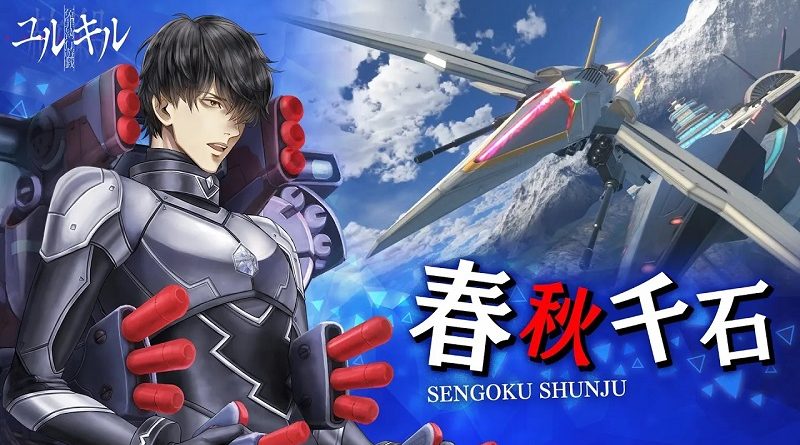 Next Spring, IzanagiGames will release Yurukill: The Calumniation Games on Nintendo Switch. It’s a unique combination of an escape room adventure game with bullet hell shoot ’em up gameplay.

After introducing the various characters last month, IzanagiGames are now showcasing the intense bullet hell gameplay of the game via a series of Bullet Hell Showcase videos. Those introduce and showcase the various Crafts and Mechs of the game.

An evenly balanced craft with standard stats across the board, ideal for beginners. Its frontal charge shot allows you to focus firepower on tough enemies and bosses. The outburst shot fires homing projectiles that lock on to targets closest to your craft. The projectiles explode on impact.

This gallant mech is the embodiment of the fiery passion that blazes within Rina. Attacks with a fearsome combination of dual beam sabers and incendiary rounds.

The fastest and most technical craft on the roster. It is the only craft capable of 360 fire. If an enemy projectile hits one of your uncharged secondary attack modules, the projectile is destroyed at the cost of some of your outburst gauge. When handled skillfully, this craft’s offensive and defensive capabilities are unmatched.

This agile, winged, shapeshifting mech toys with its prey, using the crystals under its control to fire wave after wave of deadly knife projectiles.

Has a very wide firing range. Its power rating may be low, but engaging targets at close range ensures a large number of projectiles hit, inflicting heavy damage on bosses in particular. However, the craft’s low speed can become an issue in these close-range dogfights.

The most powerful craft on the roster. Its firepower increases with each additional secondary attack module. Arranging the modules in a horizontal formation allows you to engage multiple targets at once. Acquiring more modules increases the number of outburst shot projectiles you are able to fire.

Based on Oka himself – an utterly devoted Hanaka Ichirin fan. The mech is accompanied by a small army of closely choreographed fan robots, all brandishing deadly glow sticks.

Yurukill: The Calumniation Games (Switch) does not have a release date yet, but is slated for a Spring 2022 release worldwide.