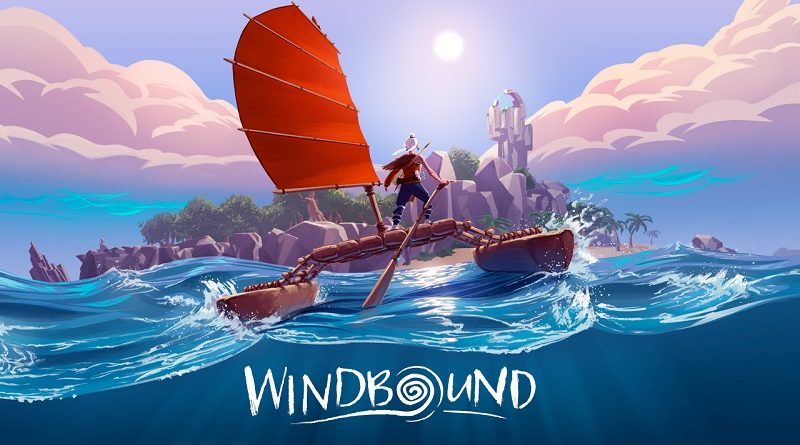 On this page, you will find all there is to know about the various Software updates for Windbound on Nintendo Switch (originally released on August 28th 2020 in Europe, North America, and Japan)!

Kara’s return to the Forbidden Islands has stirred a long-forgotten undead enemy to life… erm… unlife! And where these new Forsaken foes have risen, a supernatural malevolence has bubbled out of the earth, seeping into the sea, tainting the land and corrupting the local wildlife – the Loathing.

Should Kara spend too long in the presence of the Loathing, shetoo will become blighted, suffering from diminishing health until she is overwhelmed. Thankfully, the edible blooms that dot the isles can stave off the full effects of the Loathing, and they can even be combined to create more potent potions and other useful artefacts.

On the islands corrupted by the Loathing, Kara will encounter a variety of fearsome enemies from the time of her ancestors. Some may even bar her progress to The Crossing.

As Kara progresses on her journey, she’ll have the opportunity to learn some new combat moves.

As her journey continues, Kara may find the ancient recipe for a selection of Runes to enhance her abilities whilst she carries them.

As Kara learns new melee combat moves, she may also learn how to craft Ancestral Masks to amplify her combat abilities.

But it will take a herculean effort to obtain the ultimate Ancestral Mask – Inara will not give it up without a fight.

As you continue your journey in Windbound, you’ll start to encounter new Towers that will test your crafting ability, provide you with puzzles to solve, treasure items to find, and even pit you up against magical creatures before you can claim each Nautilus Key.

We know some of you just like to heed to the temptation of the open water and sail. In this new mode you can build your ultimate craft and sail to your hearts’ content. If you’ve found the recipe for a boat part, you can use it in this mode straight away. It’s a great way to quickly experiment with boat builds without the pressure of combat and survival.

Players may be lucky enough to find a Treasure Map that leads them to hidden Night Stalker items. Rumour has it some maps were left around ancient ruins, but it’s going to take a thorough search to find them…

These items will be available to players when they find a Pumpkin in the world. Finding a Pumpkin will reward players with one of the following Blessings as a reward for exploring.

Players can now buy additional Blessing Slots if they have enough Sea Shard currency, allowing you to get more out of the Blessings system quicker, rather than having to rely on randomly being offered a new Blessing slot to equip more than one item.

How to download updates for Windbound for the Nintendo Switch?

To download the updates for Windbound, you have three options: