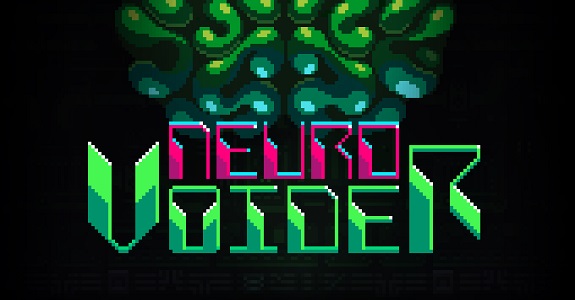 The latest indie game announced for the Nintendo Switch is called NeuroVoider, and it’s a twin-stick shooter RPG (described as an “adventure of hack’n’slash rampage, with a pinch of rogue-lite, and some permadeath”). Developed by Flying Oak Games (a French studio) and published by Playdius, it will be released next month… on September 7th, to be more precise! It will cost 13.99€ / $13.99.

Set in a cyber futuristic world, NeuroVoider has quite the interesting premise: it’s all about brains shooting evil robots using nuclear rocket launchers. No less. Your goal in this game is to battle through hordes of robots, and then use their remains to upgrade your character and boost its abilities. Your ultimate mission: defeat the master NeuroVoider, and end the war.

On Nintendo Switch, NeuroVoider will be playable with a single Joy-Con (perfect for co-op!), thanks to a special mode using an auto-aim system. Of course, you can also play with both Joy-Cons or the Pro Controller, if you prefer!

Here’s the latest trailer for the game, so you can see for yourself what kind of game NeuroVoider is!

And here’s the main features + some screenshots:

NeuroVoider (Switch – eShop) comes out on August 7th in Europe and North America. The Upcoming Releases page has been updated!