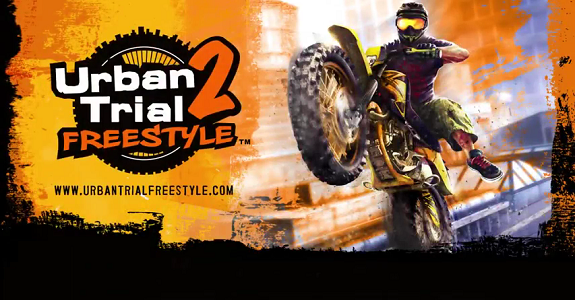 A few months ago, we found out that Urban Trial Freestyle was getting a “sequel” on Nintendo 3DS, logically called Urban Trial Freestyle 2. It was only announced for Japan (and was even playable at the Tokyo Game Show, in September), but yesterday, the publisher formally announced the game for Europe and North America, providing more details, a trailer, and even some screenshots.

Let’s start right away with the trailer:

Unlike the original, Urban Trial Freestyle is developed by Teyon, that players often checking out the Nintendo eShop should be familiar with (which probably explains why the game is a Nintendo 3DS exclusive, albeit a most likely temporary one).

It aims at providing the exact same experience as the original, with “addictive, action packed” gameplay, but with tons of new content. The publisher promises no less than double the amount of levels: 80 of them (with “new and diverse environments” such as the Skate Park, Highway, Urban Parkour, Industrial and the Suburbs), featured across both Stunt and Time Attack modes…

… and that’s without taking into account the online level sharing tool! For this “sequel”, the developers also put the focus on customisation, with new customisable motorbikes, new players outfits, and more.

Urban Trial Freestyle 2 (3DS – eShop) doesn’t have a release date just yet, but according to Tate Multimedia, it should be released sometime in Q1 (in other words, before March 31st).