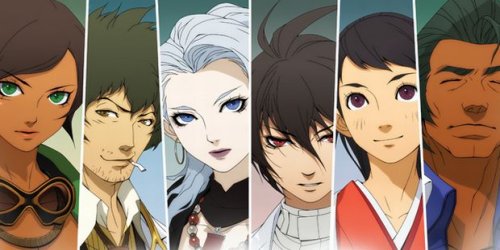 Trauma Team is the latest game in the Trauma Center series, released in 2010 on the Wii. Unfortunately, the game was anything but a commercial success, and it sold so poorly that it basically killed the entire series. But Atlus (who was then owned by Index) seems to have had big plans for the game, as along with Gonzo (an animation studio), they wanted to co-produce a live-action series (set for global release).

Produced by Instavision, the series would have been a unique take on the medical drama genre, with the producers describing it as “Grey’s Anatomy meets the A-Team”:

The show follows a group of last-year residents at a rough L.A. hospital who form a group of life-saving vigilantes at an underground treatment facility.

But as you’ve already guessed, the series never made it to production, though a pilot was made in order to sell the series to potential investors. That pilot was independently financed, and was shot in Los Angeles.

Naturally, that pilot was never released to the general public… until yesterday, when it suddenly popped up on YouTube. Curious? You can now watch it for yourself:

Does this remind you of Trauma Team, or any other Trauma Center game? Most likely not…

According to the Hollywood Reporter, Instavision tried to sell the format to international broadcasters for a TV and digital combo, first focusing on France, Spain, the U.K. and Canada. And it looks like the company was pretty ambitious… maybe a bit too much, as it’s pretty clear they greatly overestimated the popularity of the Trauma Center series:

We’ll get our first 2-3 million viewers just by reaching out to the existing fan base. Then, it’s our job to keep them there.