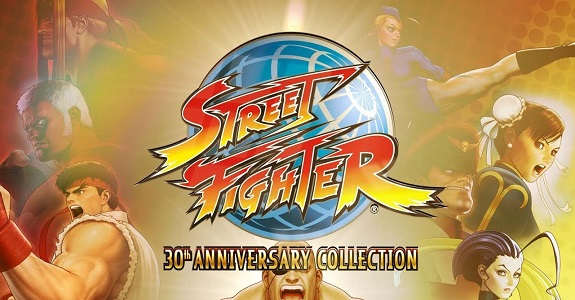 Back in May, Capcom released Ultra Street Fighter II: The Final Challengers on Nintendo Switch, and it was a pretty successful endeavour (Capcom event went as far as to call it a “smash hit”). This more or less guaranteed that we would see more of the Street Fighter series on the console, and yesterday, this was confirmed with the announcement of the Street Fighter 30th Anniversary Collection.

Among those 12 games, 4 will be playable online:

While waiting for friends to connect, players will be able to compete against the CPU. As for lobbies, they support up to 4 players, with both casual and ranked matches. Those games will also have their own global leaderboards, and Capcom promises low-latency online battles thanks to the “rewing” tech.

But there’s more than just games in this collection: it also includes a Museum, with concept art, character bios, and an interactive timeline featuring little known facts behind each game release. There’s also something for audiphiles: the Music Player, where they can listen to the most memorable Street Fighter tracks.

The Street Fighter 30th Anniversary Collection will be released in May 2018, at retail and on the Nintendo eShop.

Here’s some screenshots, showcasing the games but also the Museum feature:

Street Fighter 30th Anniversary Collection (Switch) comes out in May, worldwide. The Upcoming Games page has been updated!