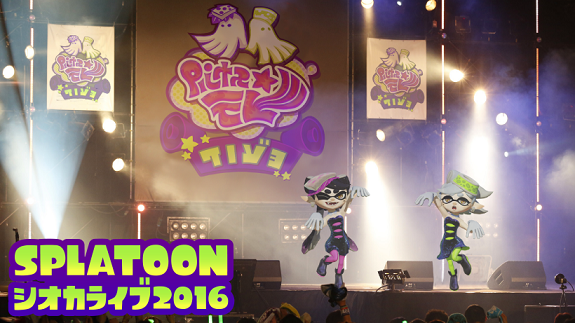 Back in December, Nintendo announced that there would be a live performance by the Squid Sisters (from Splatoon) during the Game Party Japan, on January 30th (this Saturday). And today, Nintendo uploaded a video of the rehearsals for the concert, which is truly going to be live (at least, for the instruments!).

Here’s the rehearsal video, which shows a bit of the Squid Sisters choregraphy (which are going to appear on stage as holograms, à la Hatsune Miku):

Those songs (which are available in Splatune, the soundtrack album for Splatoon) will be available on Wii Karaoke U by Joysound with the very same lyrics as in Japanese version of Splatoon. Head after the break for a preview video!

Unfortunately, we don’t know if/when the Squid Sisters song will be added to Wii Karaoke U in Europe.