In this post, you will find the results of the 12th Splatfest in all three regions: Europe, North America, and Japan.

The 12th Splatfest took place last week-end in Europe, and it was a pretty close one popularity-wise. Indeed, there wasn’t much of a difference: Team Hoverboard got 51% of all votes, with 49% for Team Jetpack. But Team Hoverboard won more matches (52%), and the multiplier widened the gap. In the end, they won with 363 points. 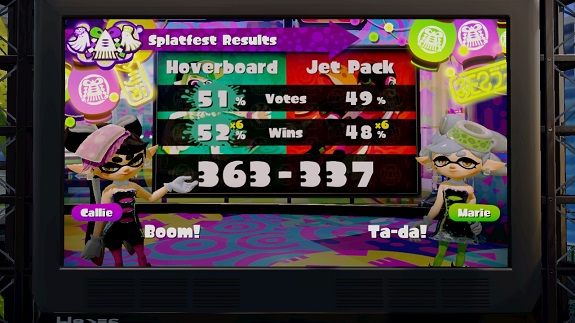 The 12th Splatfest is now over in North America, and the results have been revealed: it’s Team Sandcastle who won! They were not guaranteed to win, as they were the least popular team with 47% of all players picking it. That being said, they did end up winning more matches, and thanks to the multiplier, they got more points overall! 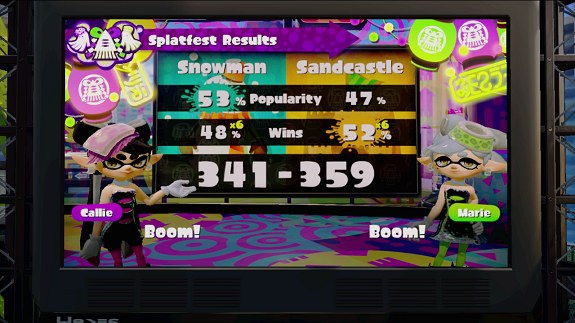 The 12th Splatfest is now over in Japan, and the theme was “What is your approach to Dragon Quest games? Do you go All Guns Blazing, or are you Cautious?”. It looks like Japanese players are generally cautious, as 54% of them voted for “Cautious” (vs 46% for “All Guns Blazing”). And as is often the case the game in Japan, it’s the more popular team who ended up winning.

Team “All Guns Blazing” didn’t do too bad: they won 48% of all their matches, but they were not able to overcome their opponents… And with the win multiplier, they really had no chance to win: less popular, less matches won… they only got 334 points in the end, vs 366 for Team Cautious. 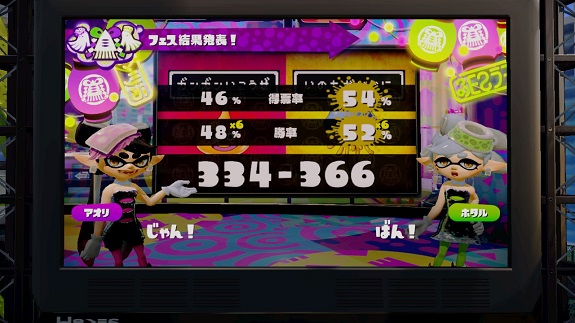