Update: we just added two illustrations and the map rotation for the Splatfest: you will find that below!

Splatfest are special 24 hour long events that take place regularly in Splatoon. During those, players have to answer a question (like “Do you prefer cats or dogs?”), before joining a team depending on their answer. At the end of each Splatfest, the team with the most points wins, based on popularity and number of battles won.

And for the 14th Splatfest, taking place next week, Nintendo decided to kick it up a notch. This time around, the festival will truly be global: players from Europe, Japan, and North America will all play together for the first time around. The theme will be: “What kind of party would you like to attend? A Black Tie Event, or a Fancy Dress Party?” 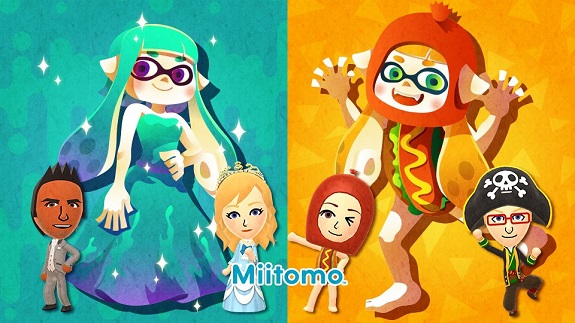 Naturally, this Splatfest will take place at the same time in all three regions (which is why it’s once again longer than the usual festival):

Here’s the map rotation for this Splatfest:

Finally, here’s some illustrations, and the design of the t-shirt for this Splatfest: