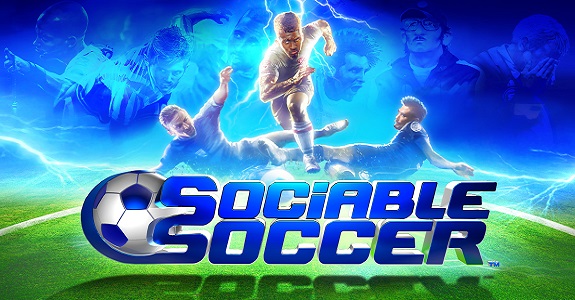 If you want a football game nowadays, you don’t really have much choice: you have to settle with realistic gameplay with FIFA or PES. But for those looking for a more arcade-y experience, that isn’t full fantasy (like Rocket League), there really isn’t much for you… unless you take a look at the indie scene. That way, you will not miss Sociable Soccer, which is coming to the Nintendo Switch!

By the same designer that came up with Sensible Soccer comes Sociable Soccer, described as a fast-paced football action game. It’s been designed to be easy to play, but also hard to master. It can be played in Single Player and Multiplayer (local and internet), and features over 1 000 international teams and 30 000 players… all with editable data!

Here’s a trailer, a video of the game running on the Nintendo Switch (it was shown behind closed doors at gamescom) and some screenshots:

Unfortunately, we don’t really know when Sociable Soccer will be released, as the game is still in Early Access on Steam. We also don’t know about any Nintendo Switch features either, but it’s something we will learn about at a later date!

Sociable Soccer (Switch – eShop) does not have a release date yet, but it’s already been added to the Upcoming Games page!