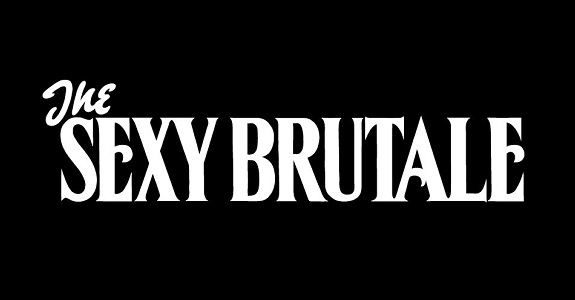 Developed by Tequila Works & Cavalier Game Studios, The Sexy Brutale is a unique adventure game released on April 11th on various platforms (including PC).The good news for Nintendo Switch owners is that Nippon Ichi Software just announced they would release the game to Nintendo’s new console this Fall, in Japan (price: 2 160 Yen).

No western release has been announced so far, but it’s more than likely that there will be one.

For those who never heard of this game before: it takes place during a single, endlessly-looping day, in a place called The Sexy Brutale (an English mansion turned into a bizarre casino, and named that way by the enigmatic Marquis). You get to play as an elderly priest called Lafcadio Boone, who has to save the many guests in the mansion from gruesome and mysterious deaths.

To progress through the game, you have to hid, watch, and learn the colourful stories of the other guests (who came here to attend a ball). As mentioned above, you have to save those guests from certain death at the hands of the mansion’s staff.

To do so, you need to discover key moments moments and methods for how the each guest can be saved. You also need to gain occult-seeming powers linked to their masks, which allows you to explore deeper and deeper into the mysteries of the mansion, its past, and its inhabitants. The truth hidden at the very heart of it all is just waiting for you to uncover it…

Here’s the various characters found in the game:

Not much is known about the preacher Lafcadio Boone. He has awoken in the middle of a mansion he finds both nightmarish and alien… But at the same time, very familiar.

With the other guests at the masked ball being murdered in front of his very eyes, Lafcadio has been singled out as the one and only person who can save them and put an end to this nightmare.

It seems his mask alone has been “blessed” by the mysterious Bloody Girl – her power allowing him to avoid the fate of the other guests and to retain his memories even when the clock strikes midnight and the same day begins all over again.

Master architect Thanos Gorecki is one of the great minds behind some of the most ingenious features of The Sexy Brutale.

His knowledge of the mansion may be unparalleled — but even he is not privy to ALL the Marquis’ secrets, and something has been troubling him about the behaviour of the staff this year…

Reginald Sixpence is a genius clockmaker and mechanic who was originally commissioned to create the extravagant timepieces featured throughout the mansion.

Reginald could be somewhat blind to the intentions and emotions of others, and he has become distraught that some of the Marquis’ projects may have had much darker and more dangerous aims than he could have imagined.

Even throughout her extremely modest upbringing, Tequila Belle had a truly extraordinary voice. Since she was discovered by the Marquis, Tequila has attended and sung at every masked ball.

Through the Marquis, Tequila received training from some of the greatest singers, and developed a vocal range so high she was said to be able to hit the “Diamond Note” — a note so high it could shatter diamond.

How much of this was true, and how much was carefully manufactured rumour is still not entirely clear…

Clay Rockridge used to be head of security at The Sexy Brutale — but now he has joined the guest list, with all the delights and dangers that entails.

The Casino is Clay’s home, where he is passing time on the blackjack tables and trying his luck against one of the… grimmer card dealers that the mansion has to offer.

Though his brother, Clay, was the prizefighter in the family, it was never in dispute that Redd Rockridge was simply in a different league when it came to sheer physical power.

Previously Redd was the head croupier at The Sexy Brutale, but since then has become a valued friend and guest of the Marquis’. Redd is a talented musician, and also very close to Greyson, with whom he is exploring the mansion this year at the ball, unaware of the dangers at hand…

Descended from a family of master goldsmiths, Aurum Runes is responsible for many of the most exquisite pieces of art and engineering throughout the mansion.

As a younger man he worked tirelessly in the forges, smelting with methods of his own devising until fumes from a particularly demanding project almost destroyed his health and forced him to create a specialised welding mask to monitor his heart rate.

Aurum has been given a seemingly simple task to complete during the ball — but even if he succeeds, can he be sure he will be richer for it?

The impeccably attired and immaculately mannered staff at The Sexy Brutale are renowned for their dedication to their tasks and attention to detail. This year however, their full effort and focus appears to be reserved for planning and… executing the systematic murders of the guests.

No-one appears to be safe from their peculiar brand of personalised service. But are they acting on their own now that the master of the house is away… Or is it his murderous will that they continue to follow, day in and day out?

Greyson Grayson was, bluntly, an uncommonly-good common thief in his youth, who was later invited to provide iron-clad security throughout The Sexy Brutale.

The Marquis liked to tease Grayson about his past, and would purchase items of great value and rarity to hide in the mansion — much to Grayson’s outward irritation… though on the inside he was obsessed with these treasure hunts the Marquis arranged.

The blind artist Trinity Carrington is one of the most gifted sculptors in the world — although the elegance of her work is quite at odds with her wicked sense of humour… and complete disregard for rules.

Trinity was once caught cheating at cards using her extraordinary sense of touch and hearing, but this delicate situation introduced her to her future husband — head of security Clay Rockridge — so she considered herself a winner regardless.

Trinity also has a somewhat famous half-sister who was close to the Marquis in the days before The Sexy Brutale.

Hailing from the swamps of the South, Willow Blue is a dealer in rare and unusual antiques… with drop of ancient magic in her veins, giving her strange and dark gifts.

Something has been troubling Willow this year at the masked ball, but while she has been doing her best to understand and defend against the dangers that she senses, it may well be that whatever secrets are lurking in the mansion are beyond even her formidable powers.

Finally, here’s a trailer and some screenshots + artworks:

And here’s some more screenshots, from the Nintendo Switch version (in Japanese, though):

For more details and videos, make sure to head over to the official website!

The Sexy Brutale (Switch – eShop) will be released this Fall in Japan, western release TBC. The Upcoming Releases page has been updated!