Update: Marvelous Europe has put up a FAQ about the pre-orders. Click here to read it! 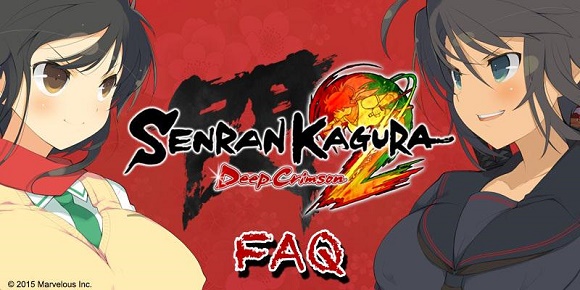 Marvelous (Europe) has just announced that Senran Kagura 2: Deep Crimson would come out this summer in Europe and Australia, as well as North America (XSEED will be the publisher there). The good news is: the game will not only get a physical release in both regions, but Europe will also get several Limited Editions. NB: physical releases in Europe are only via Marvelous’s website.

Those limited edtions are:

– Senran Kagura 2 at a discounted price 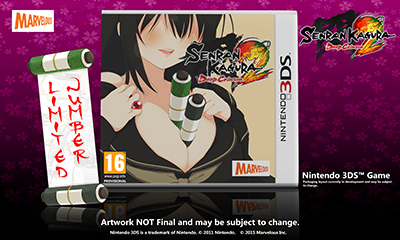 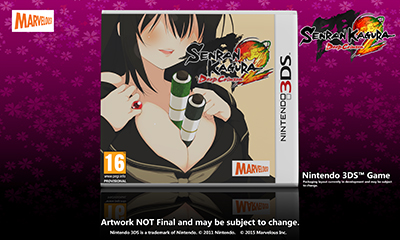 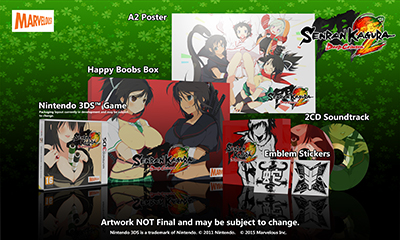 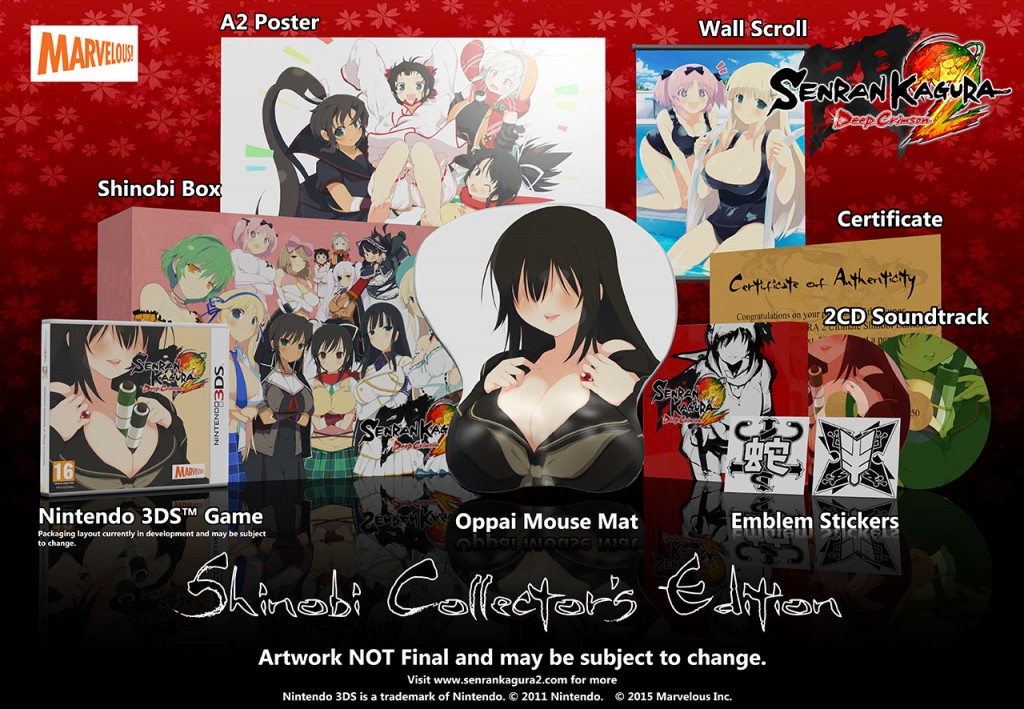 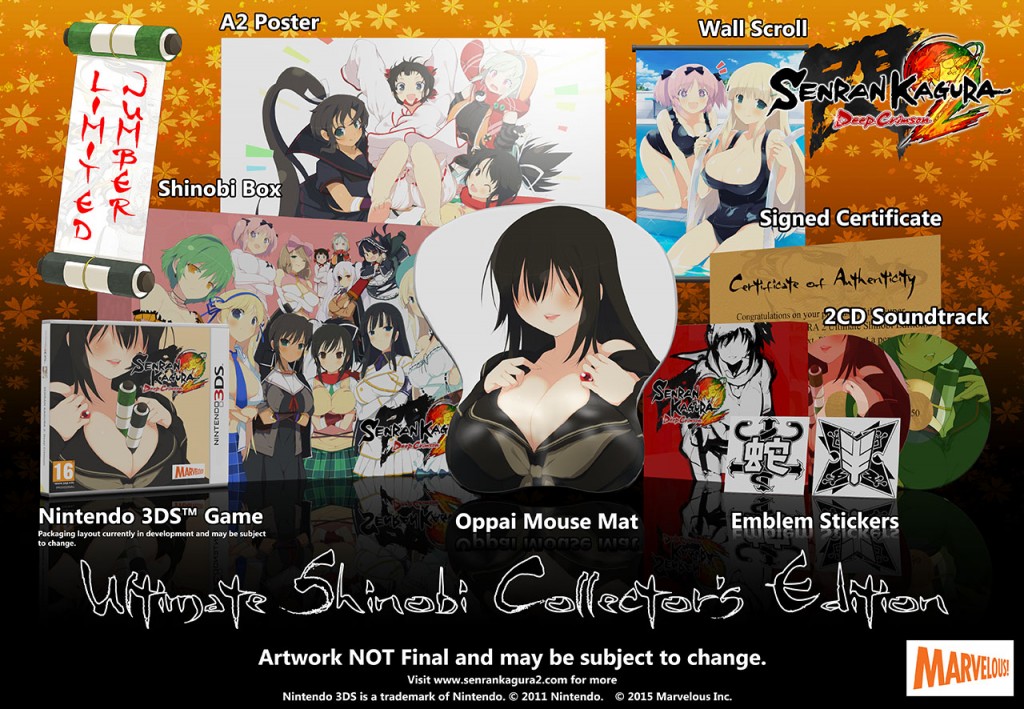 In North America, the game will be available via the Nintendo eShop, but will also get a special edition at retail including a 2CD soundtrack (this will be a limited run). 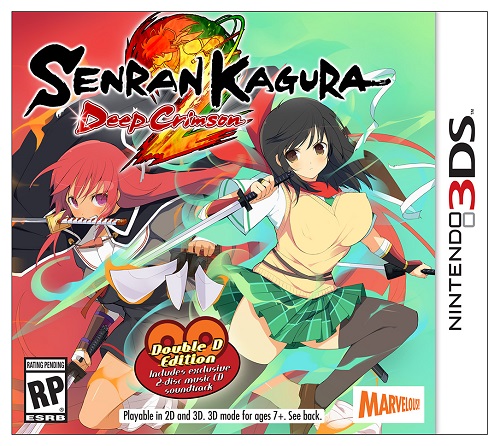 Here’s a trailer and some footage from the EU version:

For those who aren’t familiar with the series, Senran Kagura is a series of “fast-paced beat ‘em up games with insane combo chains, plenty of playable characters, hilarious cutscenes and an abundance of tantalising action”.

This second game (the third one in the series, actually) picks up where Senran Kagura: Burst left off, with the ninjas from Hanzo & Hebijo Shinobi Academies fighting each other. But this time around, a great evil is at work, as the man behind Hebijou Academy is tyring to terrorise Japan with an army of demons. The girls will then have to unite in order to fight this common enemy.

– Pair Battles: two ninjas from each Academy can fight together, and unleash powerful combos and devastating joint attacks;
– Improved graphics (now with full-3D arenas in some missions), improved animations, improved framerate, and the Japanese voice tracks;
– Local and online co-op: two players can play together via local and online multiplayer. This is for both story and special missions;
– Dressing room: even more customisation options than ever, with several hundreds items. You can also make the characters strike certain poses and take pictures (including via AR!).

Marvelous also confirms that the 3 DLC packs will be released in the West shortly after the full game has launched.

And finally, some screenshots: