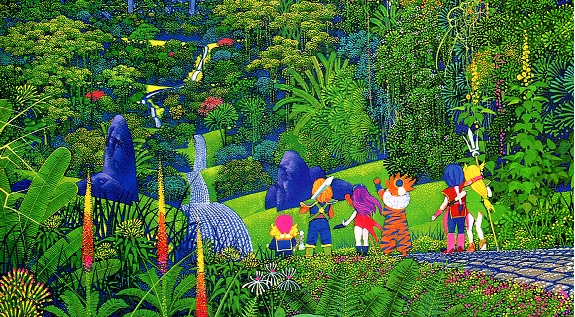 Many fans have fond memories of Secret of Mana, an action-RPG from Square(-Enix) that was released on 1993 on the SNES, which ranks among the highest-rated RPGs on the platforms. Even to this very day, it remains one of the most memorable games released on the console.

But what many ignore is that it actually got a “sequel”, called Seiken Dentetsu 3… mainly because it was never released outside Japan (though fan translations do exist).

And the reason we’re talking about this game today is because it’s seemingly coming to the Nintendo Switch. Earlier today, the official Twitter account for the Seiken Densetsu / Mana series posted the video below. At first, it looks like the two persons are simply playing the game on a TV… but then the camera zooms out, we can see they’re actually playing on a Nintendo Switch.

The video isn’t accompanied by any message whatsoever, so it’s not clear what this all means, other than Seiken Densetsu 3 is seemingly coming to the Nintendo Switch. But we don’t know if what is shown in the video is simply the Virtual Console version of the game, a port à la ACA NeoGeo Series, or something else entirely. One thing’s for sure: you will be able to play with two players, like in the original version.

Hopefully, Square-Enix makes an announcement regarding this Nintendo Switch version of Seiken Densetsu 3 in the near future. Unfortunately, since it was posted on an official Twitter account for Japan, this teaser definitely should not be interpreted as “the game is finally getting an official release in English!”.

But at the very least, players will be able to play it on their European or North American Nintendo Switch, thanks to the console being region-free.