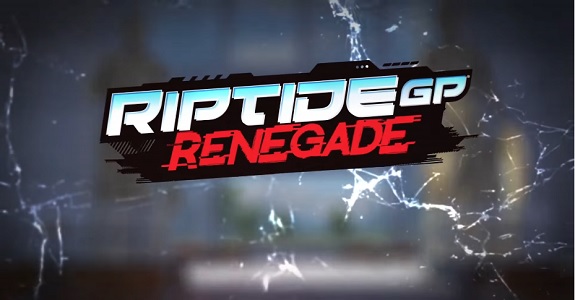 This week, Vector Unit is going to release Beach Buggy Racing on the Nintendo Switch, but it looks like it’s not the only game the former developers of Hydro Thunder Hurricane are bringing to the console. When asked by Hero of Legend whether or not Riptide GP: Renegade was headed to the Nintendo Switch, the developers not only confirmed that it was, but also teased a “cross-play” surprise.

Here’s their answer in full:

Yes! Hard to say when it’ll be ready but it’s working its way through the pipes. Plus there will be cross-play surprise!

Regarding cross-play, the game is already available on a lot of platforms (Xbox One, Windows 10, PlayStation 4, Steam, Android, iOS, and Amazon), so we can probably expect cross-play with most of them (except the PlayStation 4).

For those of you who never heard of it before, Riptide GP: Renegade is all about illicit hydro jet racing, taking place in a futuristic world. In this game, you get to race against other armoured riders, and pull off “death-deying stunts” over massive waterfalls, but also outrun cops (those races are illegal after all), and more.

The game is said to offer a “deep” career mode, but also split screen (local) and online multiplayer.

Vector Unit’s first game since Hydro Thunder Hurricane to be designed from the ground up for modern consoles, RGP:R sets the bar for dynamic water racing, with breathtaking dynamic water physics, splash-tastic spray effects, and more!

Battle your way through a variety of race types and boss fights to reach the top of the underground hydro jet racing circuit. Earn XP and cash to upgrade and customize your hydro jet, unlock new stunts, and increase your rider’s performance.

Compete online against the best players around the world – or against your pals in split screen local multiplayer matches (with a mix of human and AI racers). Play with up to 8 players online, or couch co-op with up to 6 players depending on your platform. On mobile, go head-to-head with players on different mobile platforms!

Collect and upgrade a garage full of blistering fast hydro jets that transform while you ride them. Win money to upgrade and customize the stats, colors, decals and numbers.

NB: the list of features above isn’t about the Nintendo Switch version specifically (since it hasn’t been officially announced yet), which is some details are undoubtedly going to be different (namely, the number of players for multiplayer, and resolution/framerate.

While we wait for an official announcement, here’s a trailer and some screenshots (obviously not from the Nintendo Switch version):

Riptide GP: Renegade (Switch – eShop) does not have a release date yet, but it’s already been added to the Upcoming Games page!