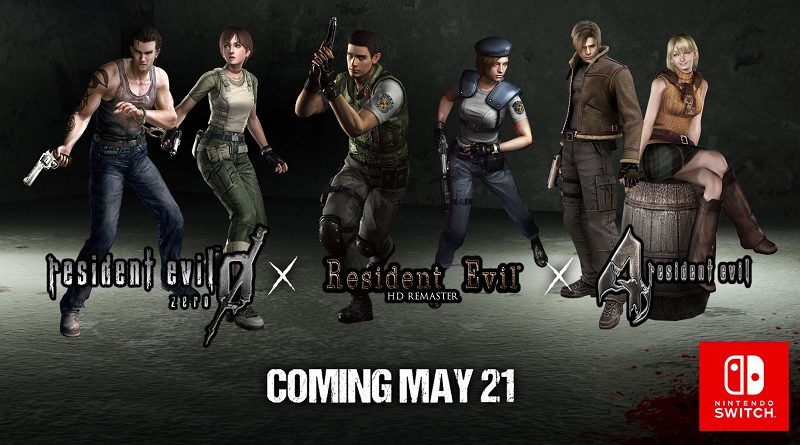 A couple of months ago, Capcom announced that three Resident Evil games were coming to the Nintendo Switch: Resident Evil and Resident Evil 0 (as part of the Resident Evil Origins Collection), as well as Resident Evil 4. And today, Capcom finally shared some details about those releases, which will all be on the same day: May 21st.

Now you’re probably wondering whether these games will be released at retail, and the answer is… yes and no. Unless you’re in Europe, in which case the answer is a big, fat “no”: you will have to go digital for all 3 games (or resort to import).

In North America, the first two games will be availabe at retail as part of the Resident Evil Origins Collection. Unfortunately, Resident Evil 4 will be a digital-only release in both regions.

If you’re planning to get any of the games on the Nintendo eShop, you will be able to pre-purchase them starting this Thursday (February 28th).

Based on previous announcements from Capcom, it’s probably safe to assume that Japan will get all 3 games on May 23rd, with the official announcement coming tomorrow (February 26th). The Resident Evil Origins Collection should be available at retail, and Resident Evil 4 could also get a retail release (though it’s far from confirmed).