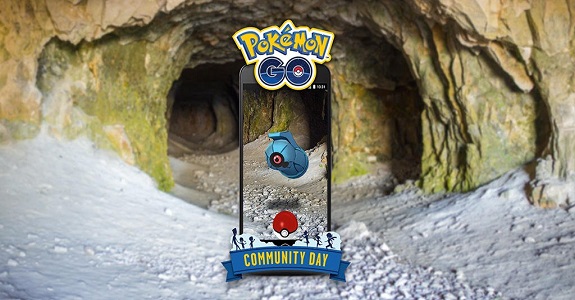 Earlier this week, Niantic shared some details about the upcoming Community Day, which takes place on October 21st:

If you’re looking to get yourself a new look in Pokémon GO, then head over to the in-game store right away! 6 new hats have been added (they all cost 100 coins):

Also, new EX Raid Passes are now being sent out, for EX Raids to take place on October 1st / October 2nd. Those are a bit special, because they will be the first opportunity for players to try and get Deoxys! Alose, those new passes can be shared with other players.

Earlier this week, a new Software update for Pokkén Tournament DX was released. It brings the game to Ver. 1.3.3, and provides a lot of game balance fixed. You can check out the official patch notes on this page!

But that’s not all for Pokkén Tournament DX! A new Official Group Match has been announced:

As usual, you can find more details about the various Official Group Matches for Pokkén Tournament DX on this page!

Also, here’s the recording of the stage presentation for the game at EGX, that doesn’t show anything really new:

And here’s a promo video:

Today, it was announced that a new Software update for Pokémon Duel will be released on October 1st. It will bring the game to Ver. 6.2.5, and will provide plenty of game balance fixes:

Also, the latest Queen’s Cup event is now live, and runs until October 1st. This one allows you to earn the Alolan Sandshrew and Alolan Sandslash figures!

As usual, you can find more details about the various Events for Pokémon Duel on this page!