Today’s Pokémon news: Pokémon Sword and Shield now available for pre-purchase on the Nintendo eShop in Europe and North America, but also…

A few hours after Japan, pre-orders for Pokémon Sword and Shield went live on the Nintendo eShop in Europe for 59.99€ / £49.99. But unlike in Japan, there’s actually a special version of each game available for pre-purchase: it’s a “bundle” that includes the game and a Steelbook. 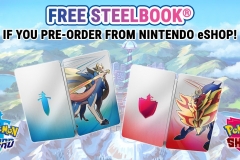 It works just like the Limited Edition for Super Mario Maker 2 in Europe:

Unfortunately, there’s two catches to keep in mind about this bundle:

Of course, there’s also a stand-alone version without the Steelbook, and you can use a Nintendo Switch Game Voucher to buy it. Both versions cost the same.

And in North America, pre-orders are also live on the Nintendo eShop ($59.99 each). This region also has its own special version: a Double Pack. It costs $119.99, and includes the following:

NB: the Download Code and Serial Codes can be found on your receipt (also sent via email).

The latest Willow Report about the infamous Team GO Rocket is now live. This one is called A Valor recruit no more: click here to check it out! 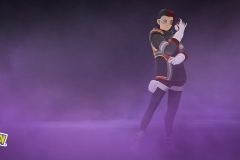