Pokémon Detective Pikachu comes out on May 10th in several countries around the world. 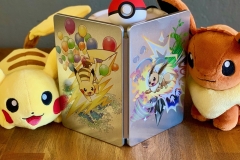 Niantic regular shares “Dev Insights” blog posts, that go in deeper details into the development of key features of Pokémon GO. The latest one went live yesterday, and it’s all about GO Snapshot, a new feature that will allow players to take AR pictures of pretty much any Pokémon in their storage. Click here to read more about this feature, and how it came to be!

Also, here’s some pictures takens with that new feature: 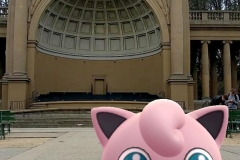 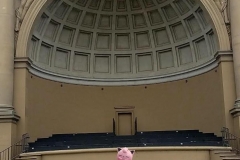 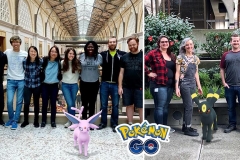 Unfortunately, we still don’t know when the update adding the GO Snapshot feature to Pokémon GO will be released…

The Pokémon Company has announced a Pokémon Trade & Play Day for the Pokémon Trading Card Game in the United States and Canada. It will take place on the following days:

Fans who attend this Pokémon Trade & Play Day will be able to meet other fans (allowing you to trade), but also receive a special oversize booster pack (including a 3-card mini pack of Pokémon TCG cards, a Pokémon coin, a fun activity sheet, and a guide to the Pokémon TCG), while supplies last. You will even be able to trade with the organizers, who will be bringing cards for that very purpose.

Of course, that event is completely free!