Here’s the latest videos for Pokémon Sword and Shield, with:

Niantic have announced the latest event for Pokémon GO: the Evolution Event. It will be of two parts: 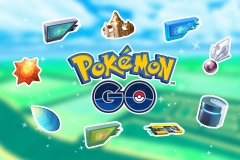 A new set of boxes is now available in the Store in Pokémon GO:

Here’s the video for the Lurking Shadow Legendary Event, which is now live in Pokémon Masters (with English and Japanese versions):

The Pokémon Company have revealed the latest A Day with Pikachu figure: it’s called Ringing in the Fun, and it will be released via the Pokémon Center Online website later this month.

Here’s some pictures and details: 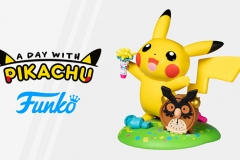 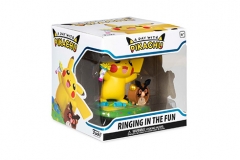 Pikachu has had a fantastic year, but the little Pokémon is looking forward to all the exciting possibilities that are in store for the New Year! Ringing In the Fun is the latest figure in Funko’s A Day with Pikachu series, and it shows Pikachu celebrating at the end of the countdown to midnight. The hands on the Hoothoot clock are at 12, and we can see a used party cracker that has covered the ground with colorful confetti. And is it just us, or does Pikachu’s noisemaker look suspiciously like the Ultra Beast Blacephalon?

The Pokémon Company have revealed the rules for the 2020 Video Game Championships, which will go into effect on January 4th. They are as follows:

As for Gigantamax, the list of Pokémon allowed to compete will expand every few months, as more of them are made available in-game. Here’s those that will be allowed from January 4th:

Here’s pictures of some Pokémon figures coming to Japan next year (April and May for the two sets respectively):

Here’s the preview for the next episode of Pokémon no Uchi Atsumaru?!, airing this Sunday (December 8th) in Japan: