Today’s Pokémon news: some more footage for Pokémon Sword and Shield, but also…

Here’s some more footage for Pokémon Sword and Shield:

Earlier this week, the preview version of Pokémon Masters was released on Android devices in Canada. Unfortunately, no release in other countries is planned until the full game is launched, later this Summer.

Also, here’s the latest illustration for the game: 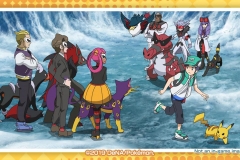 Niantic have announced that the next Safari Zone event will take place from September 20th to September 22nd, in Montréal (Québec, Canada). To be more precise, it will take place at the Circuit Gilles Villeneuve, located at Parc Jean-Drapeau on Saint Helen’s Island and Notre Dame Island. You will need to a ticket to attend this event.

During this event, Pokémon that evolve into fast Pokémon will appear more frequently in the wild (some of them will even spawn worldwide), and unique Field Research tasks will be available. Yanma is also getting increased spawns worldwide. 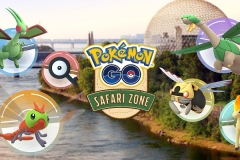 Niantic have announced that the next Community Day will take place on September 15th, from 11AM to 2AM local time. This one will feature Turtwig, who will know a special move when fully evolved during the event (and up to 1h after it).

Here’s a promo video for the event:

Here’s a video of the Pikachu Outbreak 2019, courtesy of V-Jump:

And here’s a video from The Pokémon Company: