Now that it’s over, rewards for the latest season of Ranked Battles in Pokémon Sword and Shield are now live. To get them, you need to head over to the Mystery Gift menu, and select Receive via Battle Stadium, once you have checked your ranking.

Also, the April season is now live, and runs until April 30th. Rules are the same as the previous season, with Brave Mint and Quiet Mind available as rewards.

Niantic recently announced that they are working on ways to team up in Raid Battles from home. In the mean time, they have temporarily doubled the distance from which you can interact with a Gym (including spinning Photo Discs). However, this change does not apply to spinning Photo Discs at PokéStops.

Niantic have announced a new event for Pokémon GO, centered around Tricky Pokémon. It runs until April 7th, and it features the following: 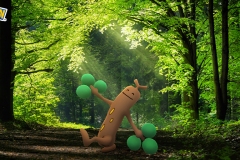 As announced previously, all Play: Pokémon are canceled until further notice. That includes the pre-release events for the Sword & Shield—Rebel Clash Build expansion for the Pokémon Trading Card Game. But The Pokémon Company have announced that eligible retailers will be allowed to sell the Build & Battle Boxes early, from April 18th. 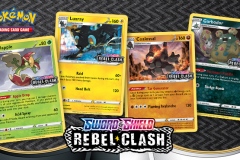