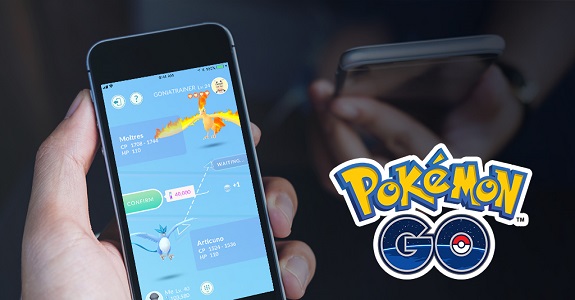 Today, Niantic announced that friend features will be available as early as this week. You will soon be able to kep track of their adventures in the game, but also send them items, earn bonuses, trade Pokémon, and more. To become friend with someone, you first need to get their Trainer Code and then enter it in-game in order to send an invite. If they accept it, you’re good to go!

Once the update has rolled out, you will be able to get special Gifts from the Photo Disc of a PokéStop or Gym. However, there’s a catch: you cannot open it, and you can only send them to someone on your Friend List. Inside the Gift, they will find various helpful items, but also a postcard showing where you picked up the Gift.

Also, there will sometimes be a special surprise egg inside: it contains the Alolan form of a Pokémon from the Kanto region!

There’s another way to increase your Friendship Level: Pokémon trades! Presumably in order to limit abuse (especially from hackers), you can only trade Pokémon with friends that have reached Trainer Level 10. You can actually get a bonus Candy for the Pokémon you traded away, and if the Pokémon traded were caught in locations far apart from each other, you get a bigger bonus.

Unfortunately, there’s a catch: you need to spend Stardust to trade Pokémon with anyone, and some trades require more than others (that’s the case of Legendary Pokémon, Shiny Pokémon, or Pokémon not in your Pokédex. The higher your Friendship Level with someone, the lower the amount of Stardust required for a Trade.

Finally, there’s one more catch: Special Trades can only occur once per day with a Great Friend or Best Friend, and it requires a lot of Stardust.

Here’s some screenshots for the Friends Feature in Pokémon GO:

During the weekends of the Pokémon GO Summer Tour 2018, players from all around the world will be able to tackle the Professor Willow’s Global Challenge: a special set of Friend Research task.

During this callenge, players will be divided in 4 parts, each with its own set of Friend Research tasks (though the bonuses are unlocked for everyone):

There will be 3 opportunities to complete these Field Research Goals. At the end of each one, if all goals are met for each area, then an even bigger bonus will be unlocked!