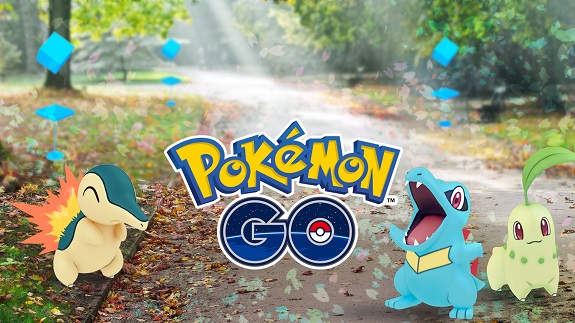 Yesterday, Niantic announced that Pokémon from the Johto region and more new features were coming to Pokémon GO later this week, but didn’t specify when exactly the update would be released. Well, it turns out the update is currently being rolled out on Android and iOS, and so should be available on your device soon. As such, the Software updates page for this game has been updated!

Just a quick note, though: the new Pokémon have not been activated yet, so you will not be able to encounter them in the wild for the time being (even if you update the game).

Speaking of the update, here’s plenty of screenshots for it, showcasing the new barries, the new clothing items, and more:

But that’s not all: on February 18th, Unibail-Rodamco will host Pokémon GO events at 20 locations throughout Europe. The events will have a contest to find specific Pokémon, lures activated all day long, and more.

Finally, here’s the list of all 58 Unibail-Rodamco locations that are part of the Pokémon GO sponsorship:

The special event for Valentine’s Day may be over, but Niantic has decided to keep it going a little bit longer… though just for Lures. They will continue to last 6 hours until February 18th!

Thanks for spreading the love this #ValentinesDay. As our gift to you, Lure Modules will continue to last 6 hrs. until 4 PM PST on Feb. 18! pic.twitter.com/gUE7rcHBLi