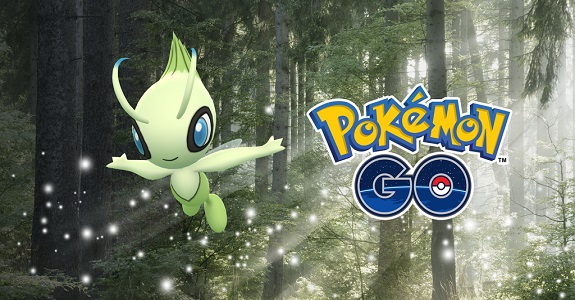 As usual, you can find more details about the various Software update for Pokémon GO on this page!

Also, a Celebi t-shirt is now available for free from the Style Shop, along with HeartGold and SoulSilver outfits unlocked based on how many Pokémon from the Johton region you’ve caught.

Speaking of Pokémon from the Johto region: more of them will start appearing alongside Celebi, from August 20th! And that’s not all: Field Research related to Pokémon from that region will also available.

Since yesterday, Regirock is now appearing in Raid Battles, and more precisely Tier 5 ones. You have until September 20th to try and get it! At the same time, new Raid Battles went live, featuring Roselia, Tangela, and more.

Earlier this week, Niantic announced a new log-in platform for Pokémon GO, called Niantic Kids. It’s powered by SuperAwesome, and allows parents to register to manage their child’s privacy with a special portal. It also allows them to review and approve permissions before kids can play. There’s also options to control the personal information shared in the game. The service is certified by ESRB Privacy Certified and the kidSAFE Seal Program.

If you do’nt want to use Niantic Kids, no problem: you can still continue to use the Pokémon Trainer Club to log-in.