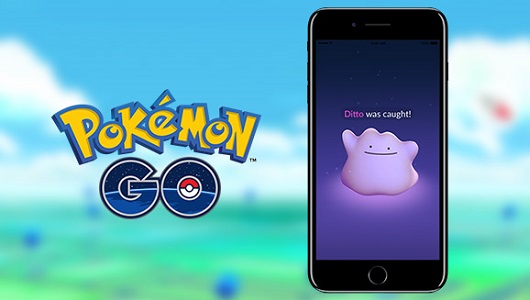 But that’s not the only neat detail about Ditto: when training or battling at a Gym, it copies the appearance, types, and moves of the first Pokémon it sees, and it stays that way through the remainder of those Gym battles!

Here’s one lone screenshot for Ditto:

Wondering when the Nearby and Sighting features will be available for all players? Unfortunately, we don’t know when, and it doesn’t look like they’re ready to leave the playtest phase just. But at least, more players can try them out, because ss of today, they are available in the following areas/regions:

If you live in one of the areas covered, make sure to share your feedback with developers to speed up development, so that all Pokémon GO players can get the feature as soon as possible!