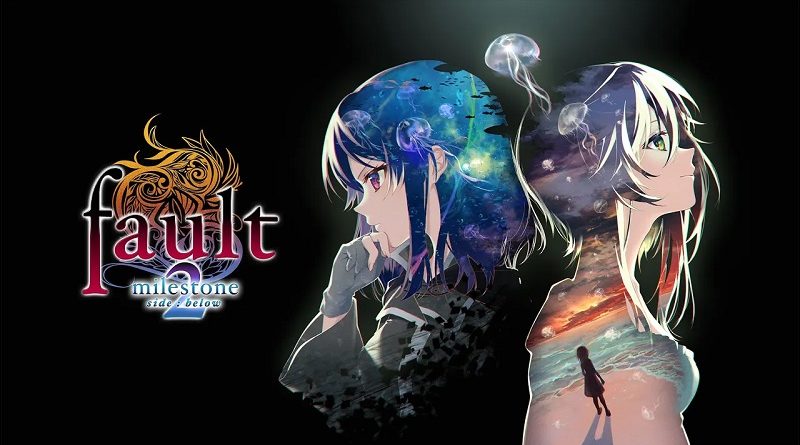 During INDIE Live Expo 2021, Phoenixx announced and showcased several games coming to Nintendo Switch within the next few months. On this page, you will find details and videos for those games!

Phoenixx have announced that fault – milestone two side:below is now releasing this Fall (it was previously slated for a Spring release). They have also announced that the series as a whole has sold over 500 000 units worldwide.

The main character, Ritna, is trapped in the underwater facility “Vita Domain” after the events of the previous game, fault – milestone two side: above. There she meets a mysterious girl named Peiju, who has a hidden secret… Will Ritna be able to escape the facility and reunite with the princess she is supposed to protect, Selphine, and her fellow runes?

While the emotionally-charged story remains intact, the visual presentation and adventure elements have been redesigned and enhanced from previous titles! Enjoy the new world of fault as a cinematic adventure.

FILMECHANISM is a puzzle action game developed by Chemical Pudding. It will be released later this year.

Here’s a short trailer and some details:

FILMECHANISM is a 2D puzzle action game where you have to “record” the status of each stage and “restore” it at any given time by checking the movement of falling footholds and pushable blocks, in order to solve various gimmicks and clear the stage. Puzzle action game. Use your observational skills and situational actions to solve the puzzles and play each stage repeatedly. Enjoy the retro but stylish world of “FILMECHANISM” with its beautiful dots and 8-bit sound!

Clone Drone in the Danger Zone

Phoenixx have announced that they will publish Clone Drone in the Danger Zone.

Clone Drone in the Danger Zone is a robot voxel slice-em-up where any part of your body can be sliced off. With your mind downloaded into a robot gladiator, you must survive the sinister trials of the arena.

Take control of a robot with a downloaded human heart and battle your way through the arena in a battle royale! Use the points you earn from defeating your enemies to further strengthen your robot and move on to the next battle! With your own enhanced robot, take on the challenge of online multiplayer, where the fiercest fighters gather, and unleash a heated battle!

Phoenixx have announced that they will release Evergate this Summer in Japan.

Evergate is an action game where you travel through the world of spirits with beautiful images and music.

In this action game, you control Key, a genie with an innocent soul, as you move through the stages. You will travel through the world of spirits depicted by beautiful visuals, making full use of the power called “Soul” to jump high while slowing down the flow of time and aiming at the target. The beautiful music performed by an orchestra will make each scene even more exciting and immersive.

Phoenixx have announced that they will release Supermarket Shriek this Summer in Japan.

A goat on a shopping cart runs wildly through a supermarket in Supermarket Shriek!

A racing game set in a supermarket, where a man and a goat get into a shopping cart and blast through the store! When the man and the goat each yell, the cart snakes left and right! There is also a co-op mode for two players, so everyone can have fun and scream in the supermarket!