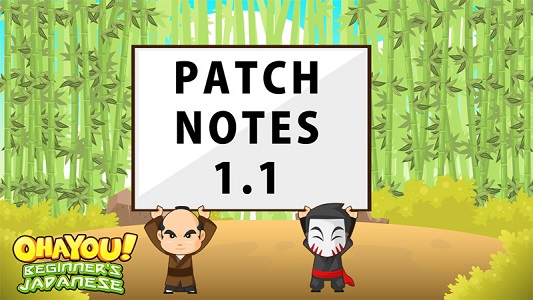 A few days ago, Finger Gun Games announced on Miiverse that an update for Ohayou! Beginner’s Japanese was in the works. It’s meant to fix a couple of glitches that found their way in the final version of the game, but it looks like there will be more to it than just some (welcome) bug fixes. There’s also a couple of improvements, that will make it easier to use the game.

Here’s the patchnotes for the update, that will bring the game to Ver. 1.1:

This update for Ohayou! Beginner’s Japanese should be released sometime this week or next week, in Europe and North America (it’s not clear whether the release will be simultaneous or not).