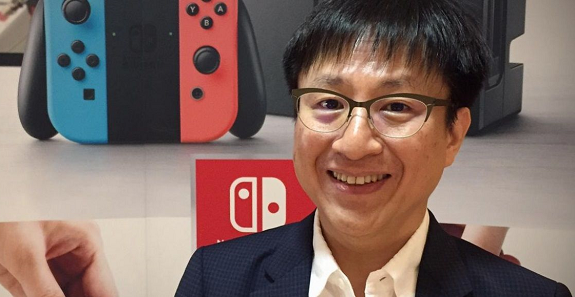 Earlier today, Pixels published a pretty interesting interview with Shinya Takahashi from Nintendo (General Manager of the Production Group), about the Nintendo Switch as a whole, the company’s projects, and a lot more. In this post, you will find our translated summary of the interview!

The first question is about the Nintendo Switch shortages, something Shinya Takahashi apologised for. He explained that it’s not something they can control, though they have made improvements to the production chain, allowing them to ship more consoles. Unfortunately, he didn’t explain what kind of improvements were made…

Lack of games, number of projects Nintendo is working on

In order to avoid Software droughts like those that plagued the Wii U, Nintendo put a lot of effort into making the Nintendo Switch easy to develop for (citing engines like Unity or Unreal). For third-party developers and publishers, the platform was designed so as to be easy to use, allowing even small teams to create games for it.

Internally, Nintendo completely changed the way the various development projects are assigned to each team. He didn’t say how many Nintendo Switch games Nintendo was working on, but he revealed that the company has 11 “production units”, and that each one is working on several projects at once.

On the number of employees

When asked whether Nintendo not having that many employees (compared to huge companies like Ubisoft) was an issue, Shinya Takahashi explained that he didn’t believe Nintendo had as few developers as the interviewer implied.

Granted, if you only look at internal teams, there’s less developers at Nintendo (than at Ubisoft), but if you take into account all the external teams (the infamous “second-party” developers), then you end up with a lot more developers. He even goes as far as claiming the total (internal + external) isn’t that far from the total number of Ubisoft employees (though he clearly doesn’t take into account Ubisoft’s very own external partners!).

Can Nintendo put as much effort in another game than they did for The Legend of Zelda: Breath of the Wild?

As you probably know if you read previous interviews about the game, development for The Legend of Zelda: Breath of the Wild took roughly 4 years, with the development team reaching about 300 developers (as you can imagine the team was not that big from start to finish).

When asked whether such a tremendous effort is something Nintendo would be able to undertake again, Shinya Takahashi replied that… it’s not really that impressive. He explains that the “300 developers” number isn’t just for internal Nintendo employees: it also includes all the partner studios that helped with develpment.

So, to answer the interviewer’s question: yes, Nintendo could very well develop such a huge game again. But he also explains that, in general, Zelda games are always the largest (implying that the next “huge game” would most likely be a Zelda one). Of course, Nintendo is still going to work on “ambitious” projects for the Nintendo Switch.

When the interviewer told Shinya Takahashi that they were a bit disappointed by Super Mario Odyssey not being on the same scale as The Legend of Zelda: Breath of the Wild, he told him that the two games definitely should not be compared.

The Legend of Zelda: Breath of the Wild is all about the freedom of adventure and exploration. On the other hand, Mario is game where you’re put in a “box”, and you have fun in that very (sand)box.

For Shinya Takahashi, Nintendo’s goal isn’t to make every game open world, it’s to make sure the format is adapted to the licenced tied to the game. For example, if there’s another IP which would be a good fit for an open world game, then there’s no reason for them not to do such a game.

The interviewer points out that most of the time, 3D Mario games introduced major technological leaps, such as:

But… what about Super Mario Odyssey? Well, according to Shinya Takahashi, it’s HD Rumble. It’s a technology Nintendo is pretty proud of, but there isn’t that many games making use of it yet. For Takahashi, Sper Mario Odyssey will basically serve as an ambassador for the use of that technology in video games.

In Super Mario Odyssey, players will be able to feel motorbike’s vibrations, or Mario’s landing on a metal surface. Takahashi also mentions the motion controls when you throw Cappy.

Overall, the game will be the first major showpiece for all the various features of the Ninendo Switch controllers.

Mario + Rabbids Kingdom Battle is a unique cross-over between the Mario and Rabbids series, but is it a one-time collaboration or the sign of a major shift in Nintendo’s strategy (as until now, they’ve generally avoided letting western publishers use their characters)?

Shinya Takahashi explains that Ubisoft and Nintendo are long-time partners, and that’s how Mario + Rabbids Kingdom Battle came to be. But of course, Nintendo is open to collaborations with other publishers, and Takahashi believes they may be a bit more open to such offers nowadays. Of course, it all depends on what the project is all about, and whether it offers something of value to players.

The Nintendo Switch line-up at launch (and the following months)

Next, Shinya Takahashi talks about the games available at launch, and why Nintendo chose them. Basically, each one highlights a particular aspect of the console:

After that, there’s games like Mario Kart 8, ARMS, Splatoon, Super Mario Odyssey… Those games don’t really have much in common, yet they all showcase the “same” thing: everything you can do with the console. For Takahashi, it’s crucial that the game line-up is rich enough to offer unique experiences, not found anywhere else.

1080°, Wave Race… those are “realistic” IP that Nintendo once worked on, that feature radically different artstyle and gameplay from their other franchises. Those used to be pretty popular back in the days, but it’s now been years (more than a decade for some) since we last saw them. Is there any chance of them ever making a comeback?

For Shinya Takahashi, there’s no real reason for Nintendo to simply abandon those “realistic” IPs… but that doesn’t mean he’s going to reveal Nintendo is currently working on them at the moment. All he is willing to say is that Nintendo has a ton of projects going on for the Nintendo Switch, and no rule preventing one of them from being “realistic”.

The interviewer points out that without those “realistic” games, Nintendo consoles mainly offer cartoon-like worlds. Surprisingly, Shinya Takahashi actually agrees, though he reiterates that Nintendo hasn’t gotten rid of those “realistic games”. If they ever get the opportunity to make a game that’s both “realistic” and fun, they will definitely make it.

[Translator’s note: here, the “realistic” bit applies almost exclusively to graphics, not realism in general. For example, The Legend of Zelda: Breath of the Wild has a pretty realistic physics engine, yet the graphics themselves are not really what you’d call realistic]

The interviewer then points out that it’s mainly third-party developers who are known for making “realistic” games. Which makes one wonder: was the Nintendo Switch created to facilitate the porting of existing games (such as Skyrim) or not?

With the Nintendo Switch, Nintendo wanted to offer as “standard” a controller as possible. The goal was to make sure multiplatform games could be ported without the need of adapting the controls, and to allow players to enjoy the same kind of controls they’re used to (from other platforms).

Shinya Takahashi then talks about the media, who were wondering whether players would be interested in games available on other platforms for their Nintendo Switch.  But that was before the console came out, and before players realised the benefits of being able to take both the consoles and games anywhere.

He does believe that many of the players who will literally rediscover Skyrim and FIFA on Switch will be able to understand the benefits of being able to play anywhere you want, whenever you want.

Unfortunately, Shinya Takahashi cannot really make comments about their decision to bring or not bring games to the Nintendo Switch, since it’s not really something he has any influence over. All he is willing to say is that they made the Switch as welcoming a platform as possible for developers, and that they would be more than glad to have them make games for it.

It’s thanks to Shigeru Miyamoto that Shinya Takahashi got to work at Nintendo. But now, he’s basically the one supervising Miyamoto… how does it all work?

This question certainly made Shinya Takahashi laugh, though he was quick to point out he was only his “superior” from a strictly hierarchical point of view. Shigeru Miyamoto is still his “teacher” (or “sensei” in Japanese). Basically, Takahashi’s role is to make sure Miyamoto can work as fluently as possible, and he really doesn’t consider himelf his equal, let alone his superior (as far as game development goes).