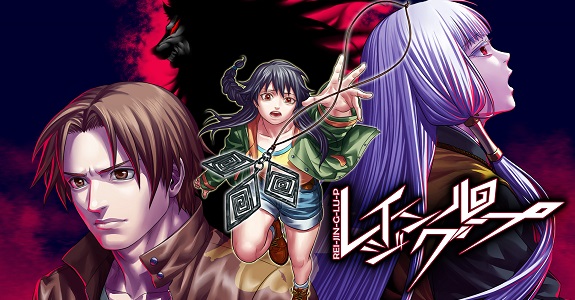 Kemco is well-known for their Nintendo 3DS and Wii U ports of JRPG developed by Exe-Create, and originally released on smart devices. But believe it or not, their first Nintendo Switch title is not going to one of those JRPG, but instead an horror/suspense adventure game called Rei-Jin-G-Lu-P (in collaboration with dwango). But it is a port: it was previously released on smart devices and PlayStation consoles.

Rei-Jin-G-Lu-P will be released on August 3rd in Japan, and will cost 3 000 Yen (making it one of the most expensive Nintendo eShop-only titles on Nintendo Switch so far). Unfortunately, the page on the Nintendo eShop only lists Japanese, with no English to be seen anywhere.

This one hasn’t been announced yet, and the release date is likely to change, but the game really does exist… otherwise, it wouldn’t be listed on the Nintendo eShop!

Ahead of Shakedown Hawaii (which still doesn’t have a release date) VBlank Entertainment is going to release Retro City Rampage DX on the Nintendo Switch on July 27th (if the Nintendo eShop date is correct). For 14.99€, players will be able to get the “ultimate” version of the game, that includes some extras:

According to the listing on the Nintendo eShop, the game will be playable in English, Spanish, French, German, and Italian.

Ultra Hyperball (by Springloaded) wasn’t announced today (yesterday, in fact!), but the Japanese Nintendo eShop started listing it for July 28th today: it’s highly likely Europe and North America will get it on the same day. The game will cost 980 Yen, and will offer the following languages: Japanese, English, Spain, French, German, Italian, and Russian.

Click here for plenty details, a trailer, and some pictures!

Naturally, those titles have already been added to the Upcoming Releases page!