Today’s Nintendo news: Behind the Scenes blog post and set of pins for The Legend of Zelda: Link’s Awakening, but also…

The official website for The Legend of Zelda: Link’s Awakening has been updated with the first in a series of Behind the Scenes blog posts. This one is from Eiji Aonuma, who came to talk about one of the new features of this remake: the Chamber Dungeon. Click here to check it out!

Also, here’s a good tip for you all; if you combine several treasure chest tiles together, it increases the chances of getting a high value rupee. So if you don’t have enough rupees on your adventure, you could earn some by arranging Chamber Dungeons (you’ll keep any rupees you find in Chamber Dungeons so long as you conquer them).

Speaking of The Legend of Zelda: Link’s Awakening, a set of pins is now available on the Penny Arcade Store. It costs $35, and includes 4 pins (Linki, Strike Link, Marin, and the Hylian Shield). 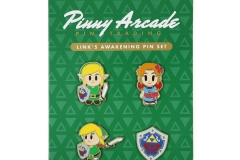 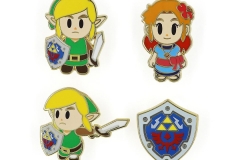 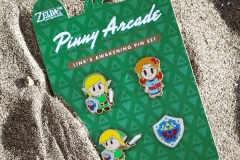 Nintendo have shared a second “Sights & Sounds” video, this time focusing on Super Mario Maker 2! Here it is:

In Japan, Nintendo have released another special Nintendo eShop pre-paid card. This one features a nice illustration for Dragon Quest XI S: Echoes of an Elusive Age Definitive Edition, and allows you to add 2 000 Yen to your account. As usual, that money can be used to buy pretty much anything on the Nintendo eShop… including the paid DLC releasing alongside the game in Japan (Voice Drama)! 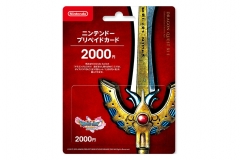