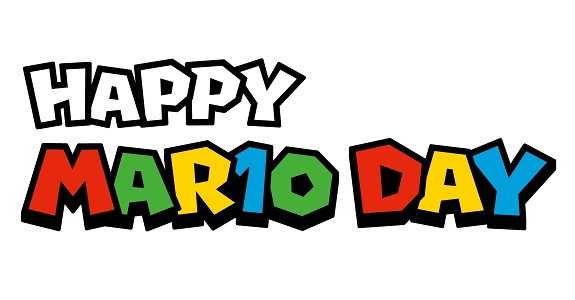 Tomorrow is March 10th, also known as Mar10 Day. To celebrate, Nintendo has prepared various events and surprises for fans in the United States and Canada.

First, there’s a special collaboration with the Starlight Children’s Foundation (“a nonprofit organization that brightens the lives of seriously ill children by providing hospitalized kids with entertainment, education and innovative technology”). To be more precise, Nintendo is providing new designs for the famous Starlight Brave Gowns (that kids get to wear instead of the usual hospital garments).

Designs are based on famous characters from the Mario series, such as Mario himself, but also Luigi, Princess Peach, Donkey Kong, and Yoshi. Nintendo is also going to provide a donation to the foundation itself, in order to help create 2 000 gowns.

Next, there’s some goodies for Facebook users: on March 10th, you will be able to get a free Mario-themed frame for your Facebook pictures, that will be useable until March 12th. It will also be available inside the Messenger Camera (open the Messenger app > take a picture > tap on the smiley icon), and will be the first to appear in the “Featured” section.

For players interested in… well, games, select digital games featuring Mario will be on sale on Amazon.com on March 10th, with a 10% off discount (the list will be added to this post later). There’s also going to be special Mario-themed rewards on My Nintendo, such as 30% off Mario Kart 8, the Mario Kart 8 DLC Pack 2, and some wallpapers. Check out this post tomorrow for the list of rewards!