Worldwide, the series has sold over 32 million units, but most of those come from Japan where the series has been a real phenomenom for a few years now (each entry generally selling over 4 million units, each time). But in the West, sales are much lower, even though the series is still quite popular and has quite the dedicates fanbase.

With Monster Hunter 4 Ultimate, Capcom has provided a game packed with content, but also playable online (a feature that was in high demand among western players). It’s one of the reasons the game has sold so well in the West, along with the regular free DLC, the demo for newcomers, regular community events and a strong online community, according to Cacpom. 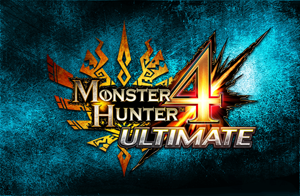 Finally, Capcom has announced that a free Nintendo 3DS theme would be released in May:

#MH4U has shipped 1 million units in the West! Thank you for making this title a success, and look out for a free 3DS theme in May!