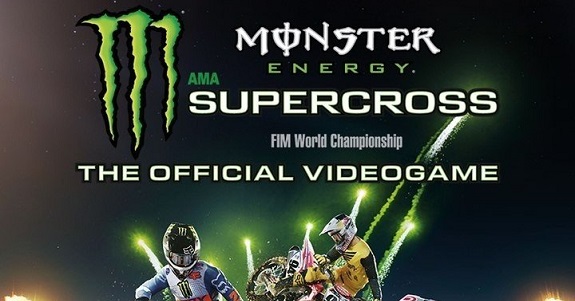 Did you enjoy MXGP3 – The Official Motocross Videogame on Nintendo Switch? If yes, you will be glad to learn that Monster Energy AMA Supercross, from the same developer/publisher (Milestone) is also coming to Switch early next year: February 13th in Europe and North America, and March 22nd in Japan.

Monster Energy AMA Supercross includes all the riders and tracks from the 2017 season. The game runs on Unreal Engine 4, just like MXGP3 – The Official Motocross Videogame.

Here’s details about the various game modes and features:

Unfortunately, features like online play and track editor will not be available in the Nintendo Switch version of the game…

Monster Energy AMA Supercross (Switch) comes out on February 13th in Europe and North America, and March 22nd in Japan. The Upcoming Games page has been updated!