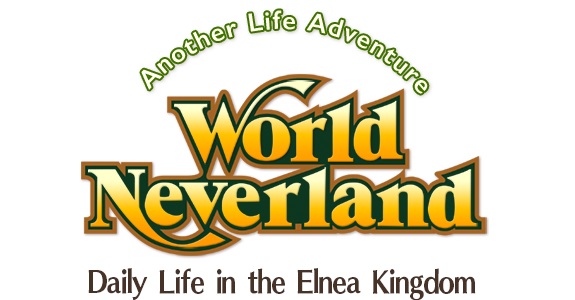 In the latest issue, to be released on Thursday in Japan, Famitsu reveals that althi is bringing one of their games to the Nintendo Switch this Spring (in Japan). That game is called WorldNeverland – Elnea Kingdom, and it was previously released on smart devices in May 2015 (with an English version following in December 2016).

But what kind of game is WorldNeverland – Elnea Kingdom, exactly? It’s described as a RPG / Life Simulator, where you control a character moving to a peaceful Kingdom in order to start a new life. You’re free to live your life however you like: you can take on quests and battle enemies, gather items, grow up crops, fall in love, get married, have children, and much more. The game is said to offer a pretty easy-going and relaxing experience.

A key aspect of the game is that it takes place in an “elaborate sandbox kingdom”, with a large number of NPC moving about. According to the official game description, you can interact and communicate with those NPCs in such a way that you can feel you’re playing an actual MMO instead of a Single Player game. Those NPC

Basically, the game was designed in such a way that the player truly feels they’re part of an actual society. The Kingdom where the game takes place has an actual realms, with various builds, a national system, and more.

Here’s the key features of the game (taken from the Play Store page, so no mention of any Nintendo Switch-specific features):

Finally, here’s some screenshots from the mobile version of the game:

WonderNeverland – Elnea Kingdom (Switch) will be released this Spring in Japan. The Upcoming Games page has been updated!