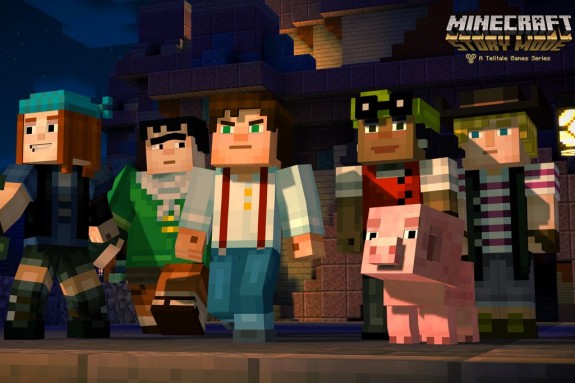 Good news for players who were also waiting for Telltale’s take on the Minecraft universe: Minecraft: Story Mode – The Order of the Stone (the first episode) will be released this Thursday on Wii U. It looks like the release is only planned for North America so far, as the game wasn’t mentioned in the weekly Nintendo eShop PR for Europe this morning.

This Wii U version of Minecraft: Story Mode will have some exclusive features, such as Off-TV and touchscreen controls for the story parts. It will cost $4.99, and a Season Pass will also be available (allowing players to buy all the episodes in one go, before they all launch).

With Minecraft: Story Mode – Episode 1, Telltale releases its first Wii U game ever, and the first one on Nintendo platforms in several years.