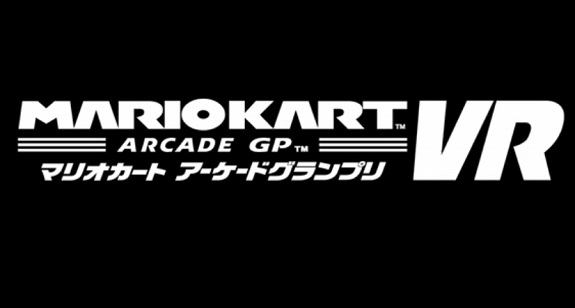 A few weeks ago, Bandai-Namco announced they were working on a special version of its Mario Kart Arcade game. This one is actually using Virtual Reality (and more precisely the HTC Vive headset), and therefore, is logically called Mario Kart Arcade GP VR. It’s playable at VR Zone Shinjuku, in Japan.

This version of the game is played on a special game machine shaped like a kart, with an actual wheel and all. Along with the VR headset, it aims to offer as immersive a gameplay experience as possible, as if you were driving the kart yourself. But that’s not all: using VR controllers, you can also throw the various items yourself… or at least pretend to!

Today, a short gameplay video for the game was revealed, which shows that it’s played in first-person (which is pretty much the norm for VR games, even if the original game/IP isn’t in first-person).

Nintendo has expressed interest in Virtual Reality in the past, but this game has nothing to do with that: it’s purely a Bandai-Namco project, and it’s unlikely Nintendo was involved at all except for basic supervising.

Also, it’s unlikely it will ever be released on the Nintendo Switch or any future Nintendo platforms: after all, none of the other Mario Kart Arcade games were ever re-released on consoles (though the Arcade game did make it to Europe and North America).