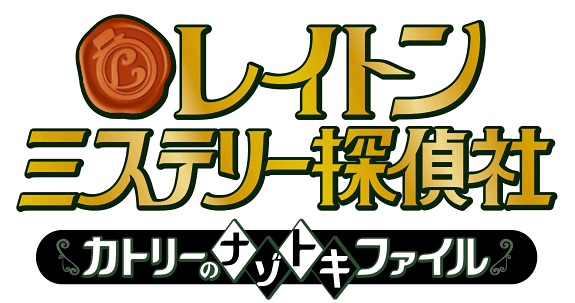 Bad news for fans of the Yo-kai Watch anime series: after over over 200 episodes, it’s going to end in March. The reason? It’s getting replaced by another Yo-kai Watch series, called Yo-kai Watch: Shadow Side, in April! Fans probably remember that title, and there’s a good reason for that: it’s the same as the one used for the latest movie, that opened in December in Japan.

This new series is indeed based on that very movie, with the same cast and new characters:

There’s also going to be some new Yo-kai:

Yo-kai Watch: Shadow Side will debut on April 13th on TV Tokyo, with a 1-hour special running from 5.55PM to 6.55PM. After that, each new episode will air on Friday from 6.25PM to 6.55PM, which is the usual time slot for the Yo-kai Watch anime series.

Earlier this week, it was announced that the Layton Mystery Agency ~Katrielle’s Mystery Files~ anime series would debut on April 8th in Japan. It will air every Sunday at 8.30PM on Fuji TV.

This week, it was announced that the Inazuma Eleven Ares anime series would debut on April 6th at 5.55PM, on TV Tokyo. The first episode will be a 1h-long special, and following episodes will air on Friday at 5.55PM (with a break on April 13th, since the timeslot will be taken by the 1h special for Yo-kai Watch: Shadow Side).

In other words, Inazuma Eleven Ares and Yo-kai Watch: Shadow Side will air back to back, every Friday.