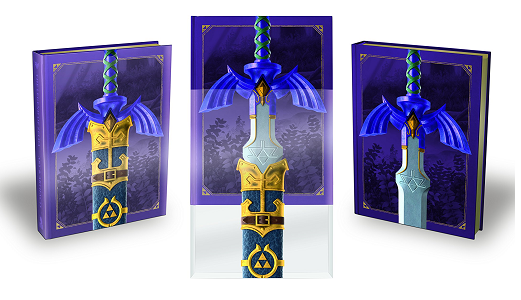 Pre-orders for the regular edition went live a while ago, but yesterday, Dark Horse and IGN revealed a Limited Edition, that will be released on the same day. The contents of the two editions are exactly the same, and the only differences are:

And… that’s pretty much it. There’s no extra content like in the Collector’s Edition of the Prima guides, so if you cannot afford the Limited Edition, you will not have to feel bad about it. Because yes, this Limited Edition is pretty expensive: $79.99 on Amazon.com, as opposed to $39.99 (MSRP) for the regular edition.

If you’re interested, you can pre-order both on Amazon.com (NB: affiliate links):

Here’s pictures of the cover for the Limited Edition:

And here’s an unboxing video for the Limited Edition, courtesy of IGN:

The Legend of Zelda: Art & Artifacts will be released in English on February 21st.