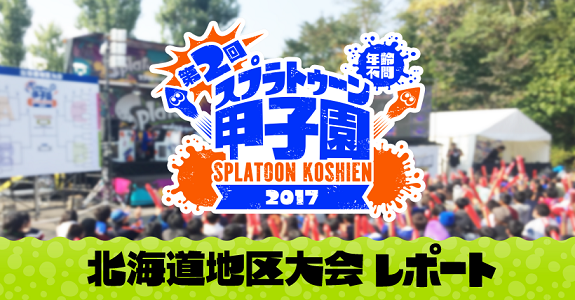 Nengajo is the name of the traditional New Year cards in Japan. They come in many designs, and this year, there are going to some featuring Mario and co.

Last week, the second tournament for the Splatoon Koshien 2017 took place in the Hokkaido Prefecture. Just like last time, Nintendo uploaded a video featuring highlights of this second tournament:

If you want, you can also head over the Nintendo’s Topics website for some pictures of the event: click here to check it out!

The next tournament will take place this Saturday (October 22nd), in the Tohoku district. Of course, we can expect the usual highlights video for it sometime next week!

Today, SEGA uploaded the full recording of the Sonic Boom: Fire & Ice stage show at Tokyo Game Show on YouTube. Here it is: