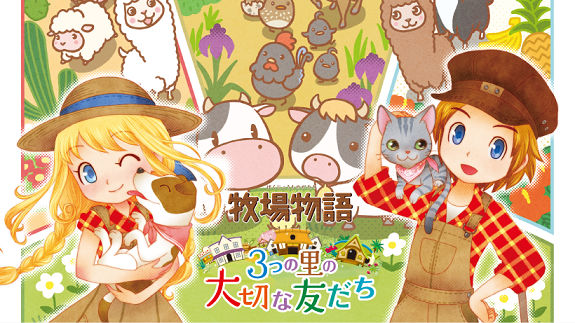 Today, Media Create released its weekly report for video game sales in Japan, providing us with more sales data for Week 25. During that week, a total of 419 000 units were sold for Software, which is 145.61% of Week 24 sales. This significant increase is due to the popular new releases, including Story of Seasons: Trio of Towns, which sold over 100 000 units during its launch week (sell-through ratio: 61.29%).

Here’s a comparison with the previous entry in the series:

Story of Seasons: Trio of Towns did sell less than the previous entry, but Media Create does note something peculiar. According to retailers, the game was purchased by a noticeable amount of fans in their 30s, which means that the series still has a strong following more than 20 years after the launch of the very first Harvest Moon game.

Here’s how the previous two games in the series sold in total:

Media Create notes that sales have been pretty steady for the series on Nintendo 3DS, and they expect that trend to continue with Story of Seasons: Trio of Towns.

New releases did perform significantly better during Week 25 (about 4 times better than during Week 24), with a total of 208 000 units sold.

And here’s the best-selling games for June 2016: