Yesterday, Media Create released its weekly report for video game sales in Japan, providing us with more sales data for Week 24. During that week, a total of 288 000 units were sold for Software, which is 64.40% of Week 23 sales. This drop is mainly due to the new entries, which didn’t perform nearly as well as those from Week 23 (despite there being more of them).

Week 24 sales for previously-released game amount for 101.59% of Week 23 sales: they were pretty steady. But on the other hand, new releases sold a quarter of what those of Week 23 did. As a result the ratio of new releases sales in total Software sales dropped from 48.45% to 18.68%. And for the first time in four weeks, sales dropped below the 300 000 units threshold in Japan. 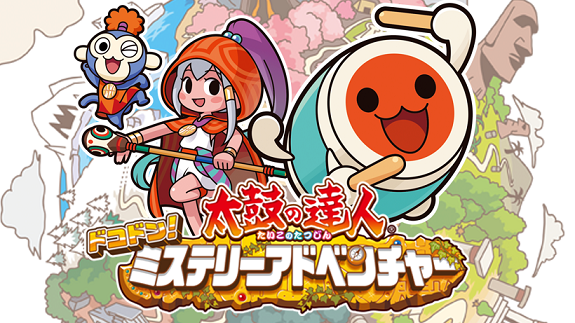 As for Taiko Drum Master: Dokodon! Mystery Adventure, it sold about 32 000 units on launch week: that’s quite the drop compared to the previous two entries on Nintendo 3DS, which sold about 65 000 units and 53 000 units respectively. Therefore, this third entry is the lowest selling for the franchise on Nintendo 3DS.

For the previous two entries, the sell-through ratio was about 45%, but for this one, it dropped to 29.31%: that means retailers still have about 110 000 units left to sell. However, there really isn’t anything to worry about: games from the Taiko Drum Master series always sell on the long run, especially on Nintendo 3DS (and with the Summer holidays right around the corner, to boot).

Finally, some sell-through data for Day 1: