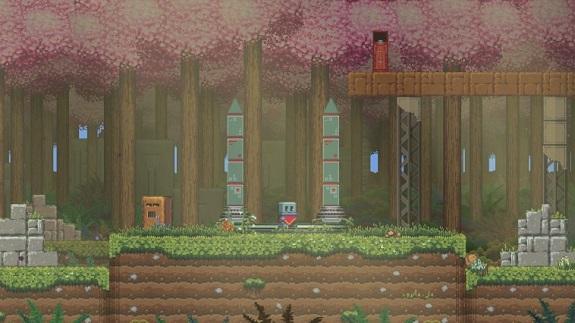 Today’s Indie news: Poncho releasing next week on Wii U, but also…

Poncho is pixelated puzzle platformer, which was announced for Wii U quite a while ago. It takes place in a desolate open world, and you don’t have anyone to guide you. To progress through the “levels”, you have to shift between the background, middle ground, and foreground: a unique gameplay mechanic which is showcased in the trailer below.

Yesterday, the developers finally revealed the release date for the Wii U version of Poncho: August 18th in Europe and North America… that’s right, next week!

Here’s a trailer for the game, along with some screenshots:

This year, Frozenbyte celebrates their 15th Anniversary. Yesterday, they uploaded a video showcasing the various independant games they released over the years, including Trine and Trine 2:

If you live in Europe, Trine: Enchanted Edition and Trine 2 are on sale until August 29th!

Here’s a video showing how to play Gaps, one of the puzzles available in Word Logic by POWGI (releasing on August 18th in Europe and North America, on Wii U and Nintendo 3DS):