Earlier this week, Level-5 announced that Inazuma Eleven was getting an adventure game, and even shared a screenshot on Twitter. Of course, it was all an April’s Fools, though Nosaka’s new haircut certainly left a strong impression on fans! In the second blog post for Inazuma Eleven Ares, Akihiro Hino shared a few words about that joke, and how it came to be. 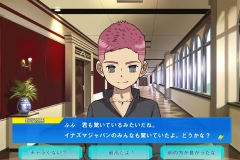 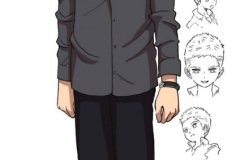 Many fans expressed their displeasure at this joke, asking whether Level-5 really had the time for such a thing given the many delays that have impacted Inazuma Eleven Ares. That’s the reason Akihiro Hino decided to write a few words about it: in order to explain how it all came to be.

And it turns out this new design for Nosaka was actually created… for the anime series, not the game! If you’ve seen the anime series, and especially the finale, you probably have an idea of why Nosaka would get a new haircut (however, Akihiro Hino doesn’t reveal why, for those who haven’t watched it and don’t want to be spoiled).

When this new design came to be, he personally thought that it was really cool, and that it left a strong impression. It was also pretty popular among male staff members… but not so much with female ones, and the team was actually pretty divided on this design. He was quite surprised by this, so he’s glad they were able to reveal it even as an April’s Fools joke.

Akihiro Hino then goes on to talk about the 2D characters he wants to implement in Inazuma Eleven Ares (the game). He received the following rough draft the other day: 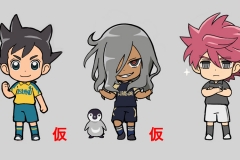 Those 2D characters actually looked fairly good to him, but given how they were to be used in-game, he asked for them to be redrawn so as to look more deformed.

He ends up reassuring fans that development is progressing well, despite whatever the April’s Fools joke may have made you think for a second!

Speaking of Inazuma Eleven Ares, here’s two video clips for the anime series, debuting this Saturday in the United States: